One of the most common problems that can trigger the ABS warning light to come on is a faulty ABS wheel speed sensor.

An ABS wheel speed sensor counts wheel revolutions. It reads the wheel rotation and measures it in revolutions per minute (RPMs). It should not be confused with the gauge on the dashboard that displays the engine RPM via the tachometer.

The most common sign of a faulty wheel speed sensor includes the ABS light coming on but other symptoms include: 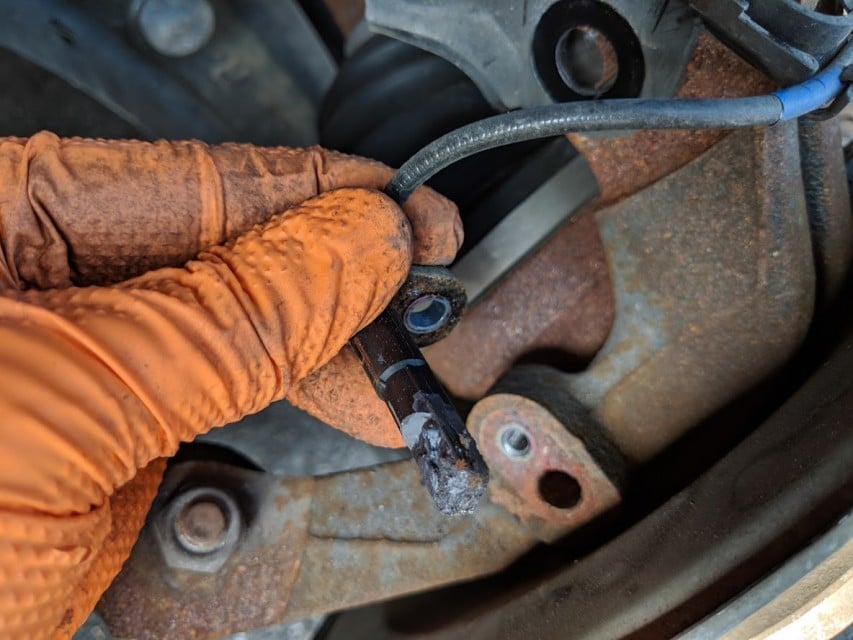 The most common problem that causes an ABS sensor to malfunction is dirt at the tip of the sensor. Other issues that trigger an ABS warning light to come on include:

In a system with three sensors, in addition to a sensor located at each front wheel, the third sensor for the rear is located in the rear axle, typically.

The type of ABS system a vehicle has will indicate how many sensors are on the vehicle. Older passenger cars will have alternative systems, but these listed below are the four basic types.

To diagnose ABS problem you will need an OBD-II scanner that can read codes from the ABS module. Below are a few examples of multi-system OBD II scanners that can diagnose ABS faults on many makes and models:

Keep in mind that road debris, dirt, and grease at the tip of the ABS sensor can prevent the ABS system from operating properly. If this is the case, you can typically clean the sensor and reinstall it instead of replacing it.

If cleaning the ABS sensor does not fix your problem it is time to scan the fault codes from the ABS control unit using a scanner that can read ABS codes.

A common problem with a malfunctioning wheel speed sensor is with the wiring harness that is connected to the sensor, which transmits the speed data to the ABS control unit. First, visually inspect the ABS sensor harness.

Car owners will save between $100-150 replacing the part themselves, although there work involved and some portions of the repair require special tools, which could factor into the cost as well if someone were to repair it at home. How to Fix a Cracked Bumper Yourself 5 Things You Must Check When Buying a Used Car