Increased battery discharge message on a BMW comes up to warn the driver that the car battery is getting discharged too quickly.

Remove phone charger from the cigarette outlet, turn off unnecessary accessories such as seat heaters, sound system, defrost and keep the engine running until the message disappears.

It may take anywhere from 5 to 30 minutes for the battery to charge and the message to reset. This warning typically comes up when you first start your BMW in the morning, especially during freezing weather, but you may also get BMW increased battery discharge when stopped at a red light.

If you see this error message on your dashboard, some electronic consumers (such as heated seats, power features, blower fan, door locks, interior light, comfort access, etc.) may automatically be switched off to conserve the battery.

Don't worry if several items stop working, including windows, folding mirrors, seats, sunroof, etc. It doesn't mean there is something wrong with these systems. Your BMW is trying to charge the main battery quickly. Normal operation should return once the increased battery disappears.

The error message may vary between BMW models. Here are some errors of the most common errors: Stock BMW batteries typically last around 4 to 6 years. If your battery doesn't hold a charge, you can get the increased battery discharge warning at startup or while driving. If the battery is failing, you typically get several warnings. Look at the low beam lights or the running lights (engine must be off, ignition on), and determine if they look dim. If they are slightly dim or the car struggles to start, the battery may be the culprit. It is not uncommon for a BMW battery to fail even at two years due to a bad cell.

Other possibilities include the battery getting drained overnight or the battery isn't getting charged properly. If your BMW keeps dying when parked, make sure that the smart key is not too close to the car.

For example, if the car is parked in the garage and the key is too close, it keeps the systems awake. The car will start fine in the early stages, but your BMW may struggle to start overtime. If your battery is over 7 years old, it is a wise investment to change it. A faulty IBS sensor could be the culprit. IBS sensor is installed on the negative battery terminal. When it fails, it starts to drain the battery when the vehicle is parked.

To check if the IBS sensor is the culprit, you will need to check for a parasitic current draw with a digital multimeter. Check the battery terminals to ensure they are not loose, especially if you get this error message after replacing the battery.

Corroded terminals can trigger the increased battery discharge error message. Make sure to check and clean the IBS sensor cable as well connected to the negative battery cable.

Related possible issues include a defective alternator, which is failing to charge the battery properly. If your BMW is mainly parked or uses your BMW for short trips, you will not give your battery time to get charged.

If that is the case, you may want to connect a 12-volt smart trickle charger overnight to the battery or take your car on longer trips (at least 30 min drive) once a week.

You don't need to drive on the highway to allow the battery to charge; city driving works.

The EDC module is located in the trunk. You should still drive your BMW but can not change the stiffness mode if you disconnect the EDC module.

An electronic device or a high power charger plugged into the cigarette outlet may drain enough power to trigger this error message.

Make sure that you unplug any phone chargers or GPS units from the 12-volt cigarette outlet. Don't forget to check the rear outlet if you have one.

During cold temperatures, battery performance drops. On top of that, you are more likely to turn on several consumers, such as heated seats, defrost, wipers, etc.

If you have an old car battery on your BMW, there is a high chance you are going to get an increased high battery discharge error.

First, make sure that you don't have devices plugged into the 12-volt outlets. For example, unplug all phone chargers, GPS charging cable, or any other device.

Next, check the age of the battery and replace it if it is older than five years. If the battery was recently replaced or is relatively new, make sure the BMW battery is coded properly.

Fully charge the battery either by using a battery charger or driving your BMW for at least 30 minutes. If the error message comes up again, it is time to perform further troubleshooting.

The second test you can perform is to measure the battery voltage. Ideally, you want to use a car battery analyzer, but you can use a digital multimeter.

Reading fault codes is a simple procedure that you can perform yourself but requires a good BMW All System Scanner.

Pay attention to other modules that may have stored fault codes. It is possible that another module is malfunctioning and drawing too much current from the battery.

For example, the stock amplifier could be drawing too much current.

Another thing to check is to verify that your BMW goes to sleep once it is parked. Once the BMW is parked and turned off, most systems stay powered for another 5-20 minutes. Then the majority of the systems will go to "sleep" or turn off. If one of the systems never turns off, it can slowly drain the battery.

Could having this message and the alarm going off sparadically be linked? I've had this message twice now and in between those messages my alarm will go off randomly. Thanks.
My battery is draining while switched off and I am getting 93076A - Deactivation of terminal 15: upper stability limit reached, but deactivation preventer active 93076B - Deactivation of terminal 30B: upper stability limit reached 93076C/Intermittent - Deactivation of terminal 30B: upper stability limit reached, but deactivation preventer or legal load/consumer active B7F86A/Intermittent - Gateway sleeping is prevented 8011FD/Permanent - Ioniser. Signal line, short circuit to ground or open circuit 801222/Intermittent - Air conditioning compressor: Switch -off due to missing DME/DDE release E14A6/Intermittent - No message (status ambient brightness 0x2A5), receiver KOMBI transmitter JBE/BDC 8020E6/Intermittent - Ignition on: stability limit reached or ignition on for a long time 8020E8/Intermittent - Reset or deactivation of terminal 30F Would the "8011FD Ioniser. Signal line" be the main cause of the battery draining and best to isolate?
My new 2019 BMW X5 with less than 5,000 miles just displayed the warning message: Battery Management: Start engines. Malfunction while shutting down the vehicle electronics when vehicle is stationary. If problem recurs, have it checked by your service center. This is the second problem of this vehicle. The first one was that the automatic sensor of remote control to lock and unlock doors did not work at the beginning. Dealer had to re-set the system to make it work again. I am started to be concerned about this vehicle with too many electronic systems.
Hi, Sometimes when I start my car (now became too frequent) - I get on the dashboard the message "Charging Fault". However, I the car runs for 4-6 mins the warning goes off and I do not get it again during the day. I noticed that it appears when the car is stopped for a while (over the night for example). Sometimes the interior light flickers as well. I did the voltage check (from the car's hidden menu) and it was showing healthy battery\alternator.
You are mentioning cigarette lighter outlets plugged in which the dealer also mentions. It's wrong because the outlets don't stay on after a few minutes. I hate when they try to blame the owners, also for the short trips... It seems only crap bmw has an issue with that as none of the other cars I worked on had issues with short trips.
MercedesMedic
You are right that they don't stay on for very long but they still draw current from the battery for a few min. Some rear auxilary outlets may be on all the time. When you turn off the ignition gets worse bc the battery is not getting charged. Other makes don't suffer from this problem. BMW has a quite complicated charging system and monitors the battery discharge more carefully than any other make out there. I have seen a poor battery cause all sorts of issues on BMW. Those who have this problem if you really only use your car for short trips let it idle for a few mintues before you go on a trip. Or use a smart battery charger hooked up to the jump start terminals under the hood. 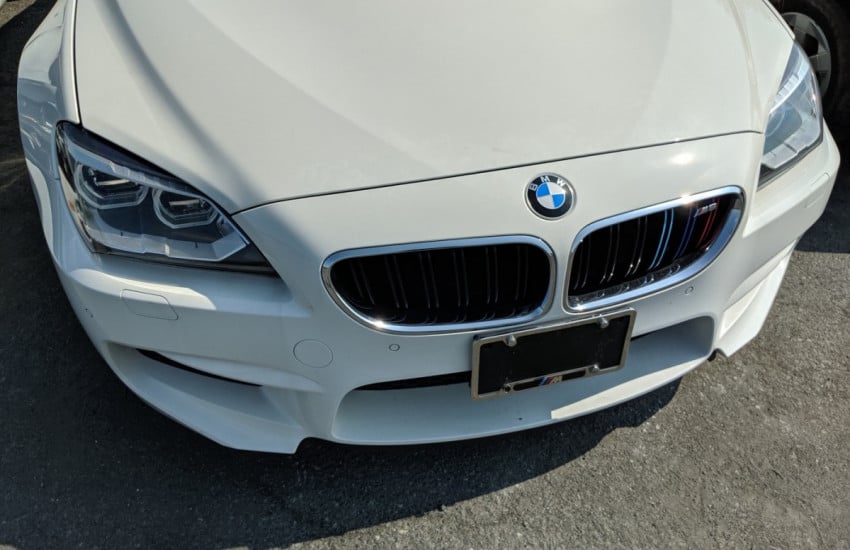 In this guide, you will find instructions on how to install the M grill stripes on a BMW. In this article, you will learn about the BMW intelligent battery sensor, also known as the BMW IBS. BMW flex discs may fail on high mileage vehicles which result in loss of power (propulsion) and loud noise from the rear drivetrain. In this guide, you will learn how to calibrate the BMW steering angle sensor.