In this guide, you will find instructions on how to change the auxiliary battery (also referred to as the small, computer, or secondary battery) on Mercedes-Benz ML-Class W164, R-Class W251, and GL-Class X164 vehicles. A complete list of applicable models is shown below.

The most common symptom that the small battery needs to be replaced is the car starts and runs fine, but you get a battery warning light on the dashboard that says "Auxiliary Battery Malfunction."

Use a Mercedes-Benz diagnostic scanner to read the codes. You should get a fault code pointing to a faulty G1/7 auxiliary battery.

Instructions on changing the auxiliary battery on the R-Class are slightly different than the ML and GL instructions. On the R Class, you can replace the battery without removing the main battery or passenger seat. These instructions apply to models such as R350, R500, R320, and R63 AMG.

In some cases, the battery warning light may stay on after you replace the battery.

If that is the case, check the voltage provided by the alternator.

Also, check that the small negative (brown) wire is connected to the negative post of the main battery. You can also do this by moving the passenger seat forward and upward. Then remove the main battery first. This will expose the work area and the auxiliary battery. Then remove and replace the auxiliary battery. Did this on my ML500 not too long ago.
Thanks for sharing this. I just did it on my ML350 and found that removing the seat bolts and tilting the seat forward helped a lot. Maybe you can do it without removing the seat bolts, but that took only 5 minutes and gave me a lot of room to work. I think it is was worth it. 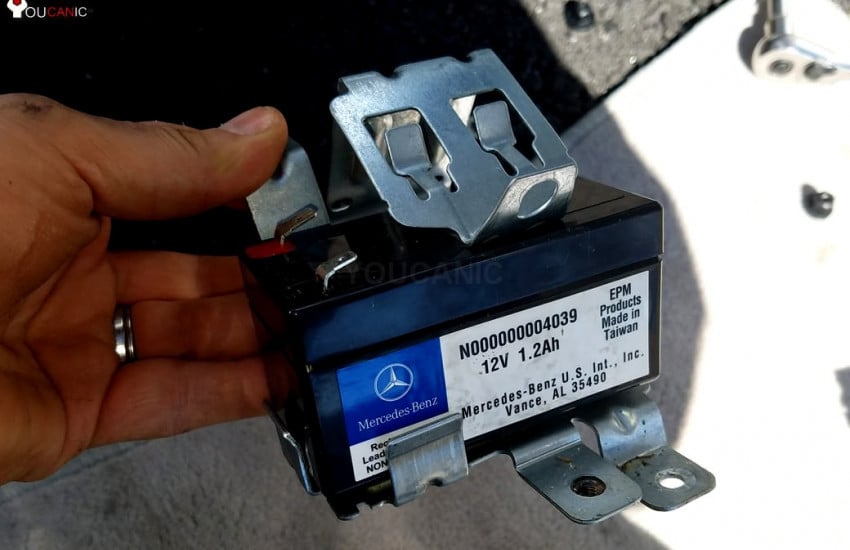 In this guide, you will find instructions on how to change the auxiliary battery (also referred to as the small, computer, or secondary battery