In this guide, you will learn how to jump-start a BMW vehicle with a dead battery.

It is important to follow the proper procedure when jump-starting a BMW.

A BMW is jump-started by connecting to the jump terminals in the engine bay.

Do not connect the jump box or jumper cables directly to the battery.

If all you hear is a click, check the jump starter clamps are making good contact. Ensure the jump box is fully charged.

The battery in the car may be complety discharged. Keep the jumper cables connected for at least 15 minutes, then try again.

Common symptoms that you may experience if your BMW battery is dead.

If your BMW is over 7 years old, you are driving on borrowed time. Sooner or later, you will need to replace the battery.

You can replace a BMW battery yourself. Just make sure to perform the battery registration procedure. How to get into the trunk, if you have a dead battery

Many BMW owners ask how do I get into the trunk if the battery is dead.

Use the jump-starting terminal under the hood to power up your BMW, then unlock the trunk.

BMW battery is dead, and the trunk won't open.

BMW engineers have made it difficult to get access to the trunk when the battery is dead.

You don't want and shouldn't jump start a BMW directly from the battery.

This is a common mistake many roadside assistance technicians make.

If you read on BMW forums, you will find hundreds of cases where control modules were damaged by improperly jump-starting a BMW this way. Costing car owners thousands of dollars in repair.

How to charge a dead BMW battery

Replacing the battery on a BMW is expensive because not only do you need a new battery, but it also needs to be registered.

Before you spend hundreds on a new battery, we recommended using a trickle battery charger to bring the battery back to life instead of jump-starting the car and letting the alternator charge the battery.

By trickle charging a dead BMW battery, you have a better chance of bringing the battery back to life. Otherwise, your BMW may no longer hold a proper charge.

It will take at least 24 hours to bring a completely dead battery back to life.

Don't leave the keys in the ignition as your BMW charges.

If your BMW keeps on dying or is not holding a proper charge, it could be due to any of the following:

My BMW 530 died in the parking lot. The AAA guy was trying to get to the battery in the trunk. Thanks for helping me out with this article.
My bmw 745li will not get any power even with jumper cables under the hood..
Our battery died on our 540 and the aaa guy jumped started the battery in the trunk n know our doors wont unlock n the wippers dont work n the trunk wont open with the remote
Aaa jumped started our 540 bmw n know the doors n trunk wont lock with the remote n the windshield wippers wont work n inter lights dont work how is this fixed
this is extremely useful. my x5 35d battery has died because I parked the car for 6 months. Was about to jump start it but this has probably saved me a lot of money and frustration down the line. I just ordered many of the items you have mentioned here. thanks a lot
My BMW died whilst I was driving yesterday and I'm wondering if it is the battery. Is this what happened to you when you say you were 'travelling?
swiftbatteryspecialist
Thank you for sharing this post. My bmw car died in the middle of travelling. I did not get what the problem is so I found lot of difficulty at that time to jump start. But this article now helped to understand the reasons why bmw dies. So after reading this article I will take care of all the points which are mentioned in the article. This is really very helpful for all.
My BMW 2003 745li I cannot get the doors or Trunk unlocked I had AAA out and no success what else can I do to get the doors open Thanks
Hi Stacey, it sounds like the Footwell module is blown... BMW's low coolant warning typically comes on due to the low coolant level in the engine bay's expansion tank.

In this guide, we take a look at the functions of the center console switch cluster (SZM) used to adjust the steering column and how to diagnose th In this guide, you will learn about fuel pump problems and the fuel pump module known as the EKPS module. 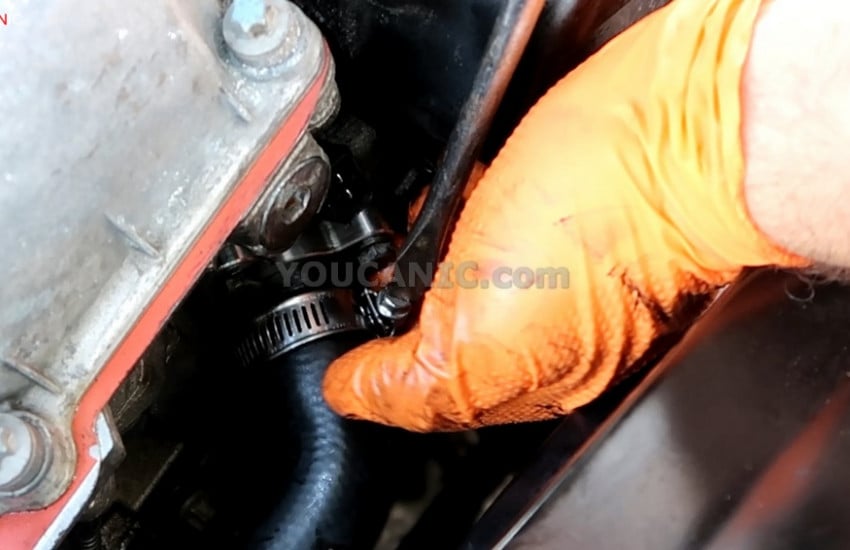 BMW engine radiator hose outlet to engine block may break or crack while the engine is running, causing coolant loss and the engine to overheat. How To Jump Start BMW Dead Battery In this guide, you will learn how to jump-start a BMW vehicle with a dead battery. It is important to follow the proper procedure when jump-starting a BMW.  A BMW is jump-started by connecting to the jump terminals in the engine bay. Do not connect the jump box or jumper cables directly to the battery.