Mercedes-Benz S400 hybrid vehicles are notorious for having hybrid issues that lead to no start condition.

The most common Mercedes-Benz hybrid problems that won't allow you to start the engine are caused by either a faulty power electronic module (0009064703)  or a defective hybrid battery.

At the time of this article, we have diagnosed five Mercedes-Benz S400 vehicles with no start problems.

Based on the experience of the YOUCANIC automotive team, the most common problem on the Mercedes-Benz S400 Hybrid is the power electronic module (sometimes called power inverter). 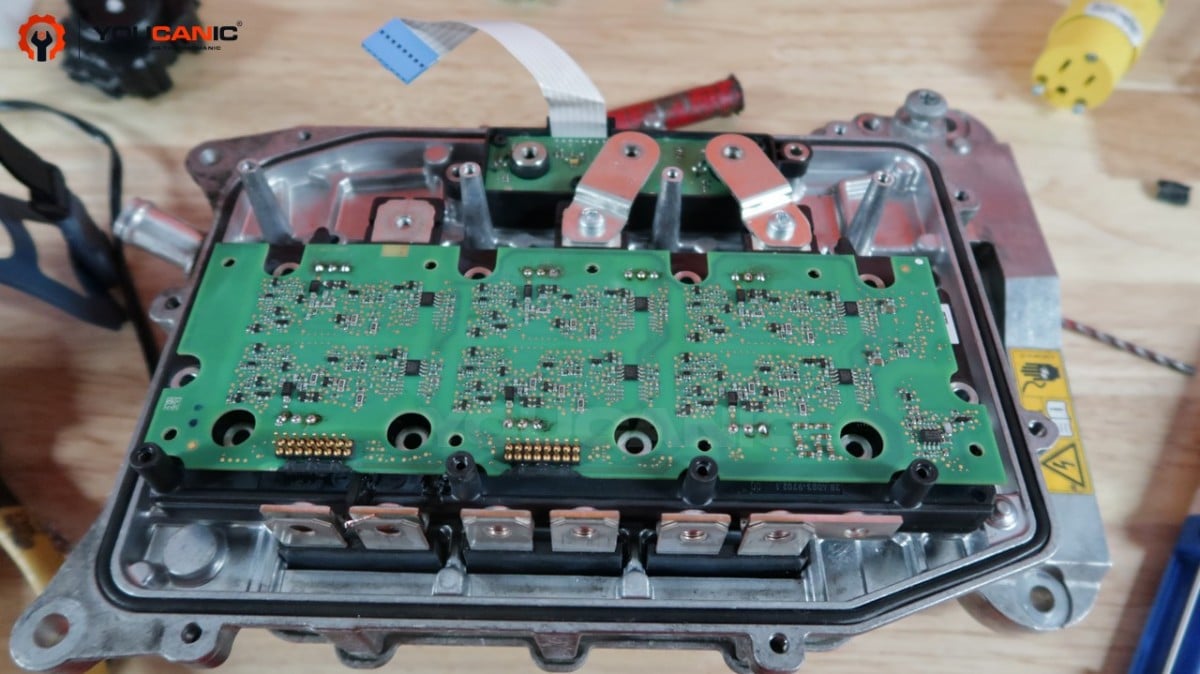 The power electronic module should not be confused with the DC/DC converter. 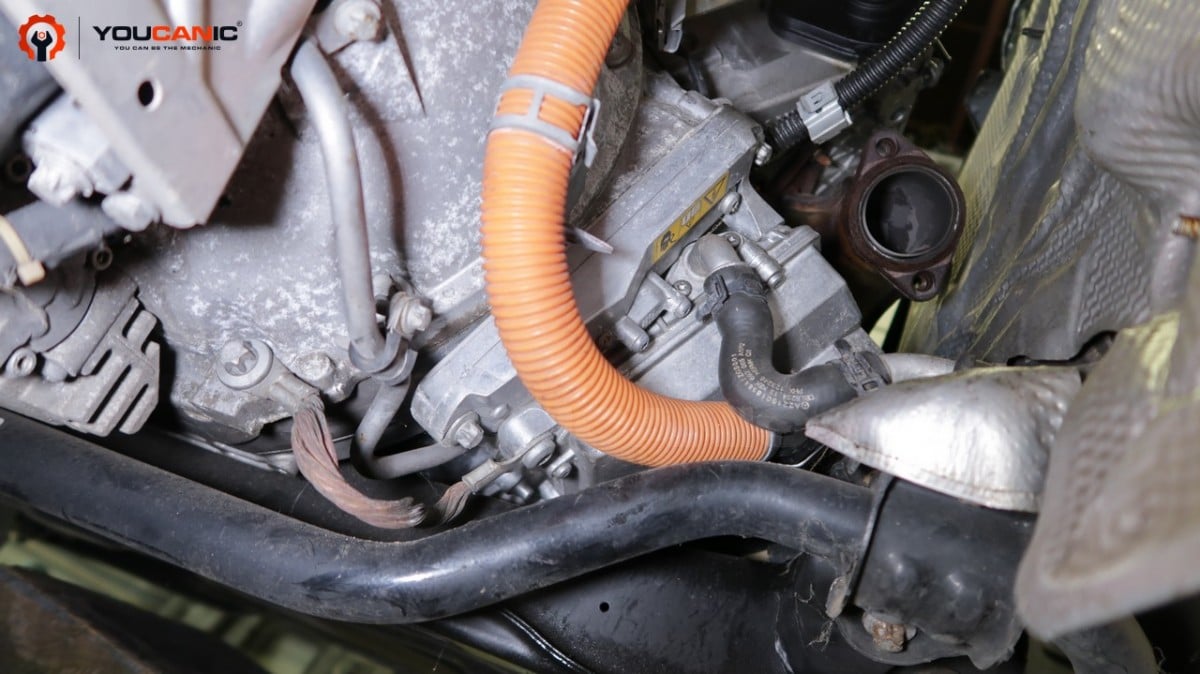 The power electronic module is mounted on the side of the engine, on the passenger side, below the right exhaust manifold. Replacing the Power Electronic Moule at a Mercedes-Benz dealership costs around $11,500.

The power electronic module runs around $6000, and labor is about $5500 at the dealership. These prices can vary slightly between Mercedes-Benz dealerships. 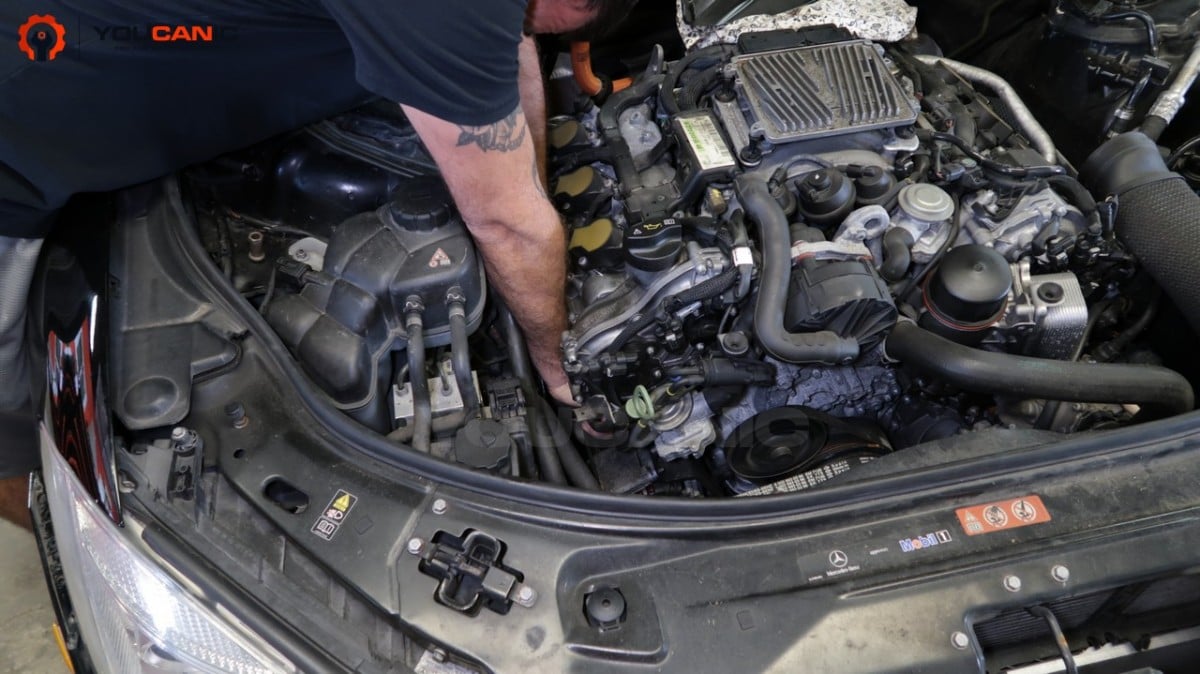 It is possible to buy a used or refurbished Power Electronic module at around $2000-$3000 and installed by an independent mechanic.

Typically an independent auto mechanic will charge an additional $2000 to $3000 to install it.

A used or refurbished power electronic unit does not need to be programmed. Fault codes will need to be cleared with a good Mercedes-Benz scanner. 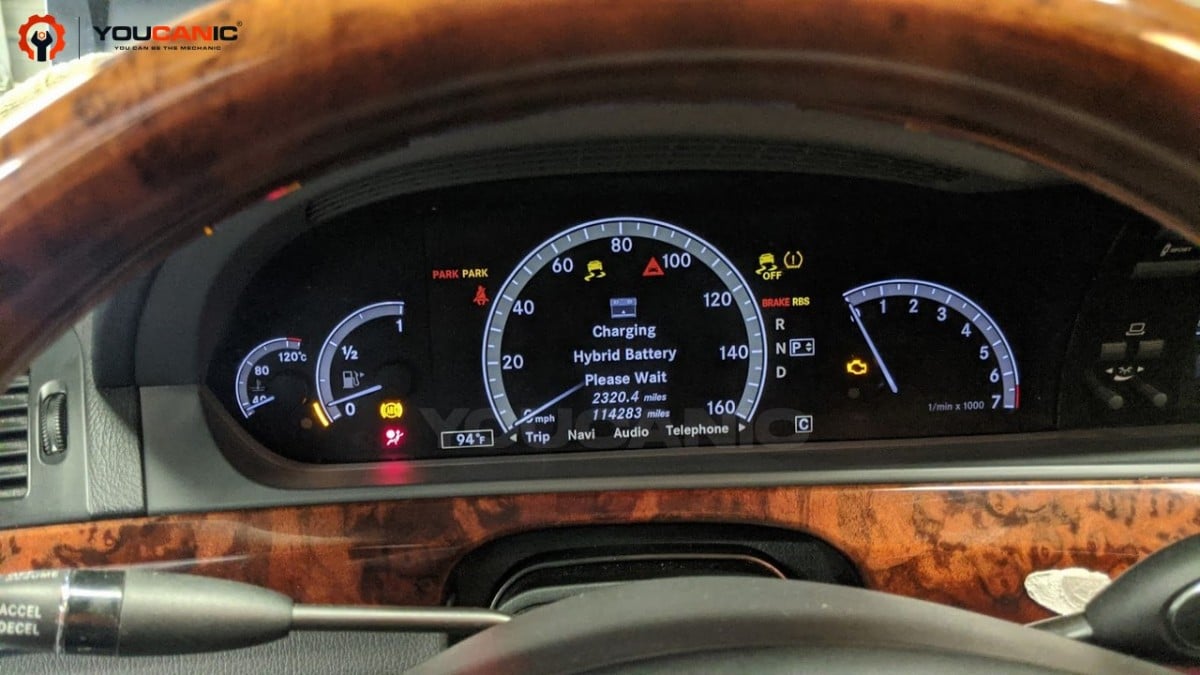 Symptoms of a faulty power electronic module on a Mercedes-Benz S400 Hybrid. 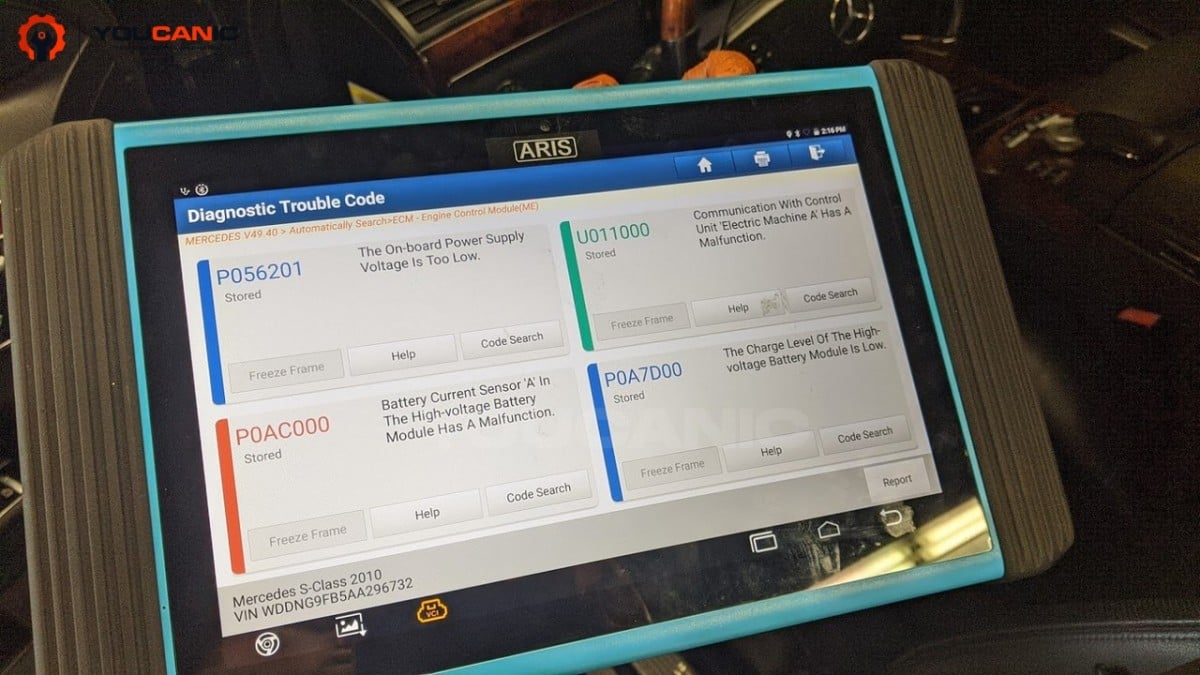 The fault codes will be stored in Power Electronic Module (SG-EM) and Engine Control Unit (ECU):

The reason why your S400 hybrid may not start can also  be due to:

To find out why your S400 Hybrid won't start, you need to read the fault codes from the Battery Management System module. Also, it is important to run a full system scan to find out if there are fault codes in other modules.

The reason why your Mercedes-Benz S-Class won't start could also be:

To diagnose Mercedes-Benz problems, you will need a good scanner such as factory Mercedes known as Star Diagnostic (DAS) with Xentry.

Aftermarket scanners that are also  good choices include:

Whatever scanner you use, it has to show factory codes, NOT generic P codes.

Codes like N129/1 and so on (a  letter, a number, and a dash). It also has to read the separate cell voltage of the lithium battery and talk to the "inverter" and "power supply unit." 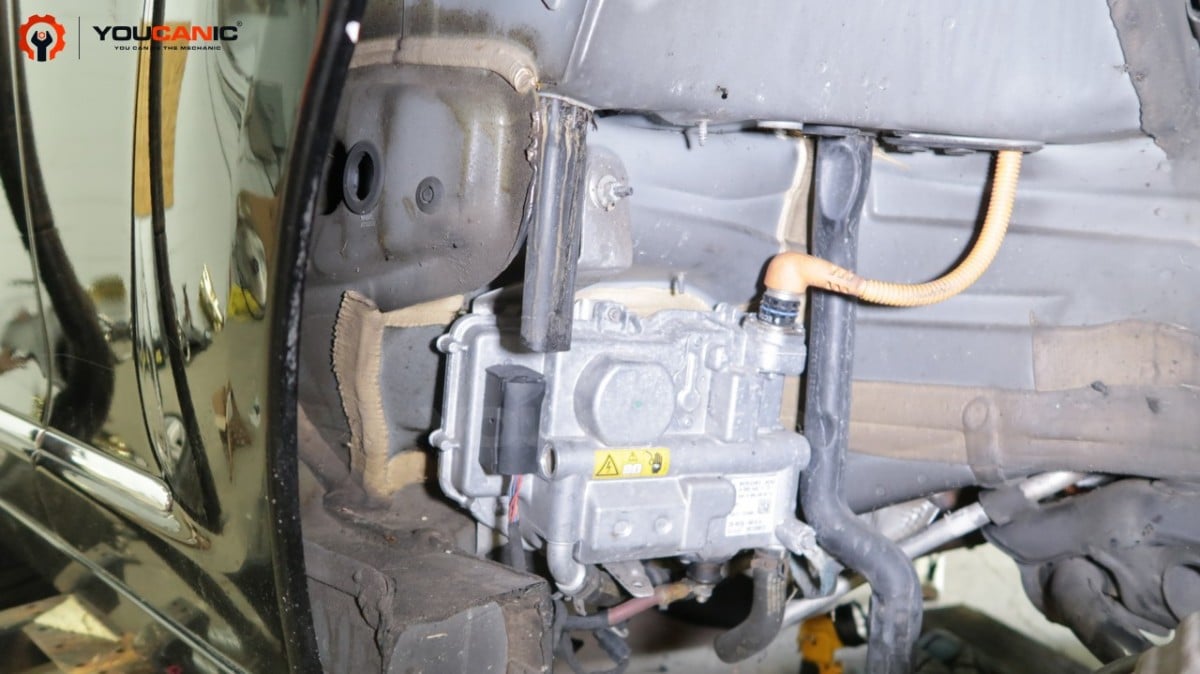 Sometimes the "converter" goes bad, and it can not transfer 160V AC to 12V DC or 12V AC to 160V AC, so the battery shows defective or vice versa.

Follow this guide to learn more about the Mercedes-Benz DC/DC converter and how to replace it.

Another problem with the S400 is the AC doesn't work. The AC compressor runs on high voltage, which means it is not belt-driven. There is a 60A inline fuse that is mounted on top of the transmission.

It is important to note that Mercedes-Benz had issued a service campaign 2012080004, for this problem. We called to check with the dealer on both our S400 Hybrids and according to the service manager, the service was performed for both cases.

Should I buy a Mercedes-Benz Hybrid?

Mercedes-Benz hybrid vehicles are challenging to repair. Most auto mechanics will not repair these vehicles. We have even seen cases where a Mercedes-Benz dealership had difficulty diagnosing an S400 Hybrid vehicle.

If you own a Mercedes-Benz S400 that won't start, make sure to find an expert that knows these vehicles.

Working on the hybrid system can be dangerous since you are dealing with a high voltage (130 Volt) that can cause injuries and death if you are not taking the required precautions.

The following part numbers are often associated with the power electronic module.

Mercedes-Benz has issued a few different numbers for the power electronic module as the unit has gone over multiple revisions. In this tutorial, you will learn how to change the engine oil and oil filter on Mercedes-Benz M113 and M112 engines. This article goes over the High Voltage (HV) Battery (A100), how it works, and common problems.  The first-generation 128v 6.5ah hybrid battery is

Mercedes-Benz C-Class W205 vehicles have several fuse panels. Let's take a look at all of them. 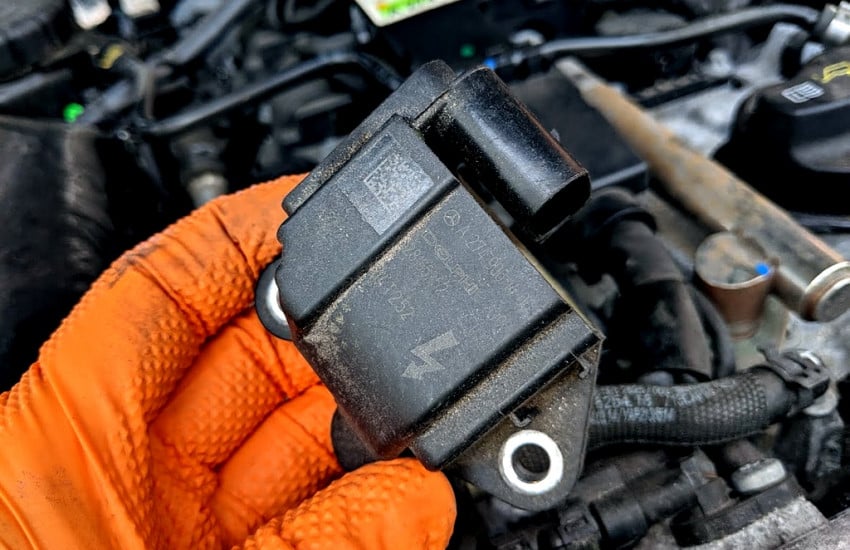 In this guide, you will find instructions on how to change the ignition coils in 2013 and newer Mercedes-Benz models equipped with the four cylinde In this guide, you will find instructions on how to manually rotate (turn over) the crankshaft on Mercedes-Benz engines.