In this tutorial, I will show you the steps that I took to change motor mounts on an E60. This job took me about five hours.

My BMW is a 2006 5-Series E60 which has hydraulic oil filled mounts. This tutorial will also help owners of other BMW models such as BMW 1-series, 3-Series, 7-series, and X5 or X3.

Motor mounts are designed the same and to change them you will follow the same procedure in all BMW cars. Note that in this tutorial we use engine mount and motor mount interchangeably. One on the left and the other on the right. There are also one or two transmission mounts at the back of the transmission housing. In this tutorial, we are focusing only on the motor mounts.

How to change BMW motor mounts

The pictures on this tutorial are from a 2006 BMW 525i E60. This is one of the most complicated motor mount replacement jobs on a BMW.

This is due to the tight space between the engine and frame. Most BMW models are easier than the E60 that we describe here.

Jack up the vehicle. You will need to get under the car to remove the engine mount latter. We need to make sure there is enough room for you. Always secure the vehicle with jack stands. Ramps work best in this situation and are safer than using a jack. Secure the car with jack stands even when using ramps. Rember to put the car in park and set the parking brakes. Locate the top of the engine mount. You have two motor mounts. One is on the passenger side and this one is easy to identify from the top. The other is on the driver side (left) and requires that you remove the air filter housing to get to the bolts that hold it in place. Remove the splash shield from under the engine. You should be able to see the motor mount bolts and bracket at this point. Next, remove the metal reinforcement plate. This is held in place with six, 16mm bolts. The place can be lowered and pulled out. Support the bottom of the engine with a jack. In our case, we placed the wood block right under the engine oil pan. You need to be extremely careful doing this. The safest method would be to support the engine at the corner. This is safer for the engine, but it is less safe for you as the jack may slide off when you try to get the motor mount out as described in the latter step. Either way be careful and use common sense. 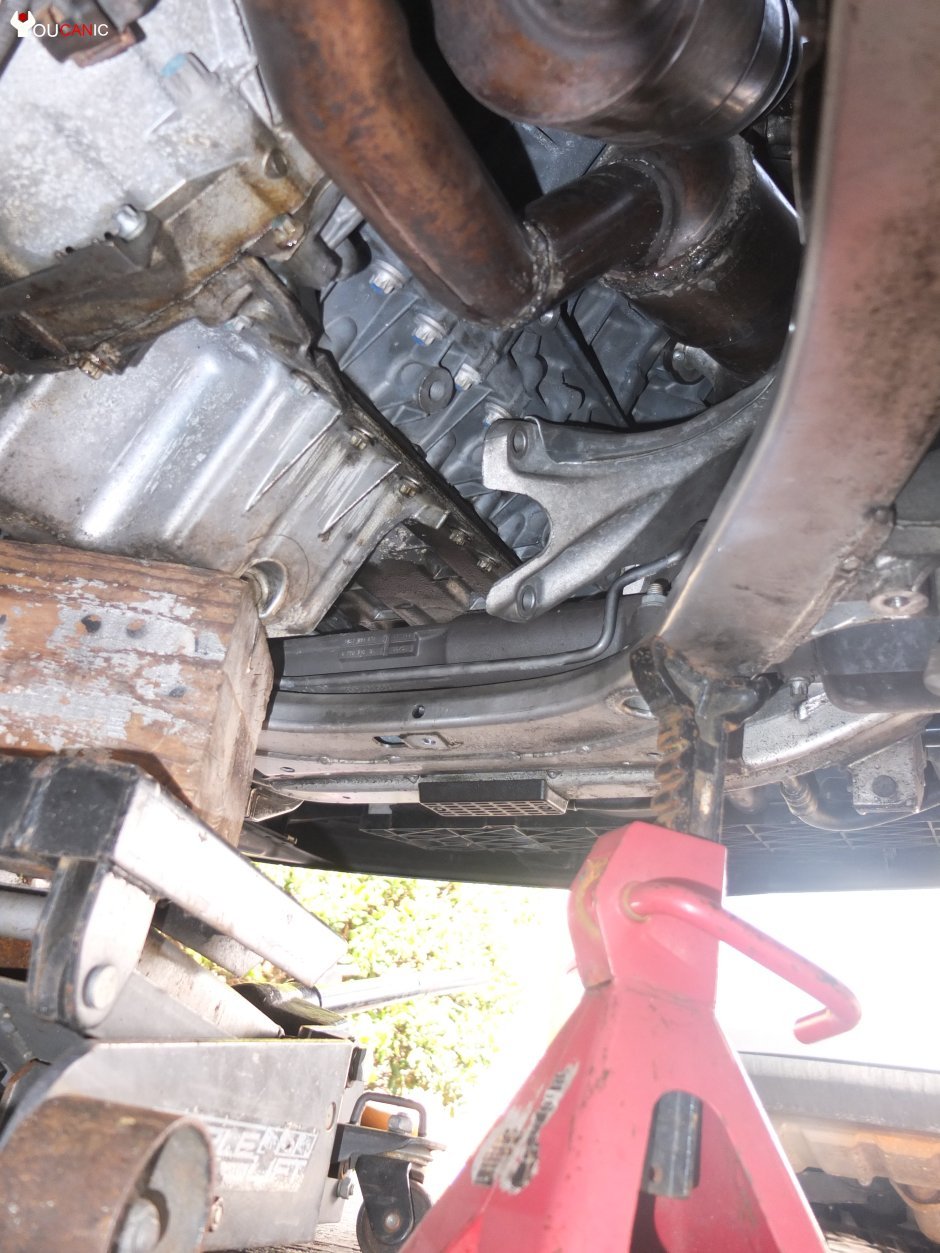 Use a piece of wood between the engine and the jack. You don't want to crack your oil pan. Once the jack touches the bottom of the engine stop. We can't jack up the engine any further until we loosen the motor mount bolts.

Remove the bolts on the top of the motor mount. Remove the two bolts that you see on each side then remove the middle bolt. There are four bolts that you need to remove. One of them is hard to see, we have shown it in a picture below. It is very important that you have supported the engine or you risk causing injuries to yourself.

Once the bolts have been removed, you will be able to raise the engine about one to two inches. Don't raise engine more than that or you risk causing damage to wire harnesses and hoses. This will give you enough room to pull out the old motor mount. Pull out the old engine mount. Be extremely careful and make sure the jack under the engine is secure. If the engine jack comes off, your engine will drop and you may get injured. Place the new motor mount in place and mount the bracket to the engine block. Note that there is also a ground wire that you need to make sure it is reconnected. Torque the motor mount bolts and the bracket bolts. Don't over tighten the bolts as these mount on an aluminum block and can easily strip. Repeat procedure for the other side. Reinstall the splash shield. You may want to use Loctite on the bolts if you are reusing them.

Make sure to replace the engine mount bolts with new ones.

Since I had a lot more pictures, I am posting them below to help you get an idea of what to expect when changing motor mounts on BMW cars.

If you have any questions please add them to the comments section below. I would also love to hear tips and advice from you that can help future BMW owners who are looking to tackle this job themselves. 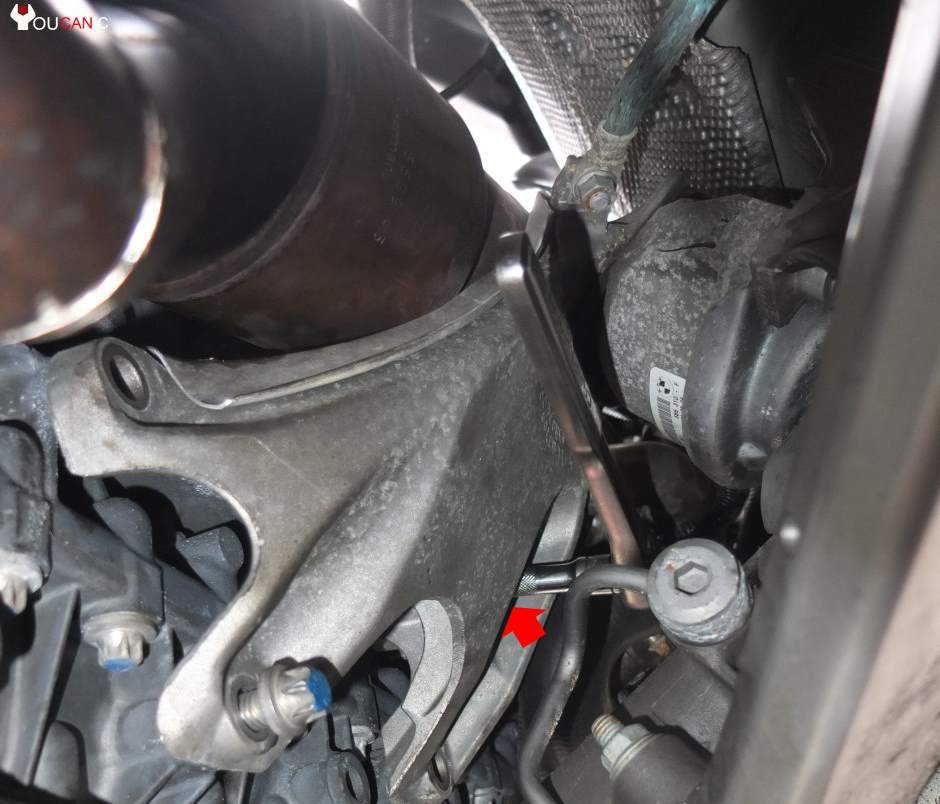