The rotating function of certain Mercedes-Benz COMAND control knobs is known to stop working. All other functions will continue to work.

How to fix Mercedes command knob not working

There is no need to replace the entire COMAND unit, as suggested by Mercedes-Benz. Save money by simply replacing the broken plastic shaft with a new aluminum version of it.

You can replace the broken shaft yourself or send your Mercedes COMAND unit to a company such as IE Works, which will repair your unit and return it to you.

Here is a link where you can order their service: Mercedes COMAND Broken Shaft Service on eBay

Step 1. Remove the unit from the center console of the vehicle. (This process will vary in different vehicles) When removing the switch assembly, be mindful of the wiring connector. Rough handling could lead to broken wires. Step 2. Remove the knurled knob cover with a flat screwdriver. Rotate the knob and lift the cover from the knob incrementally. Often the cover is seized to the knob and may take some time for it to shift. Avoid scratching the cover and top surface of the assembly. The assembly has sharp edges; wear protective gloves as the hand can slip during this step. Step 3. Remove the ring and cap with a flat screwdriver. The cap holds on with an adhesive film. Please handle with care as it will be reused. Step 4. Remove the knob top screw with a T8 screwdriver. Step 5. Remove the ten screws on the bottom with a T10 screwdriver. Step 6.  Lift and remove the stacked four components. Try to keep them in the same position for an easier installation during assembly. Step 7.  Remove the four levers with a flat screwdriver. Two tabs are holding the lever. Lift the lever from the middle top section of each side. Step 8. Remove the four lever holders with a flat screwdriver.  Pry the tab from the top, then lift the lever holder. Step 9. Lift the electrical board away from the bottom section. Push the wire harness through the brackets as you lift the board. 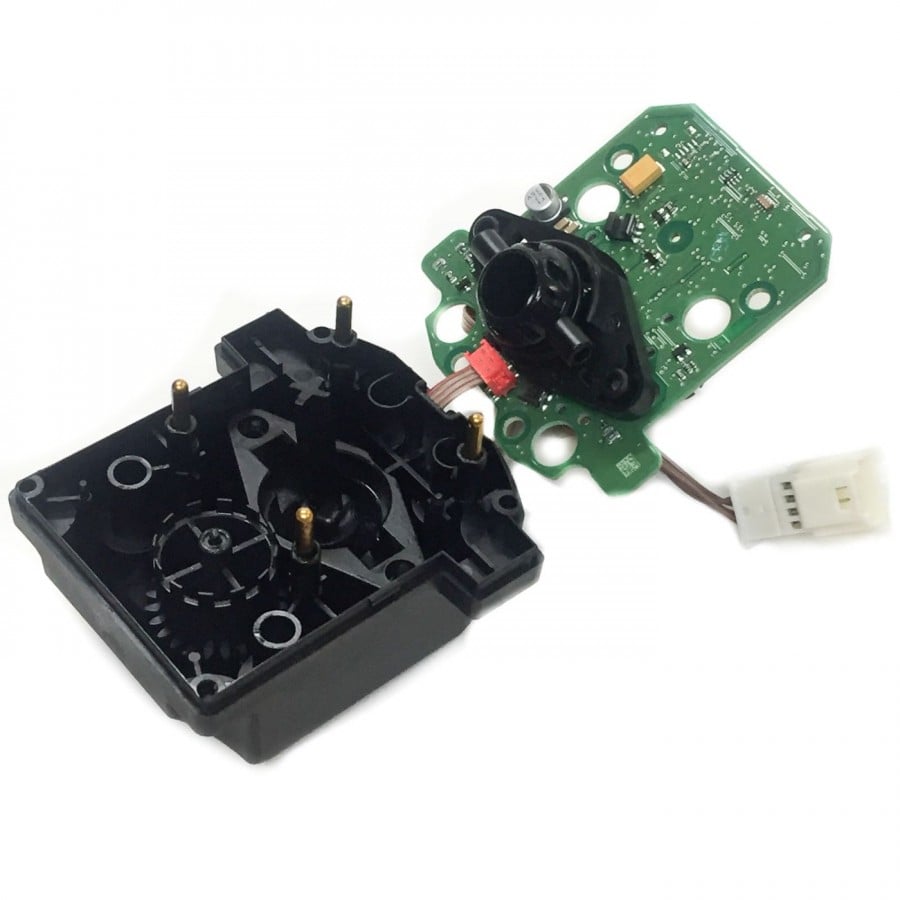 Step 10. Replace the broken plastic shaft with the new IE Works Shaft. It is recommended to apply metal-to-plastic grease on both ends of the new shaft. Assembling Tip: The stacked components in step six need to be installed in the same position as they were removed.