Seat Leons that use 6-speed automatic transmission variants, designated as 09G, 09M, or 09K, can suffer from several specific gear shift issues. The most usual scenarios include delays during gear shifts, erratic gear changes, or shift flares while accelerating. Sometimes, the torque converter will fail to lock up, resulting in burnt clutches. These symptoms are usually intermittent, and there will be no other symptoms or warning lights.

Seat Exeo that uses a Multitronic continuously variable transmission (CVT) transmission can have issues that show up as a lack of response. This can happen when setting off from a stationary position or accelerating at motorway speeds. In many cases, the driver may experience a feeling of gear-hunting and slippage. In the initial phases, the problem will be present only when driving more aggressively.

Judder and rattle while idling or shifting gears

Seats that use 7-speed DSG transmissions can have issues with juddering and shaking under different conditions. In most cases, this will happen just after the engine starts, and it comes in combination with a loud rattle. Another possibility is that the judder happens while shifting gears, with low gear shift being more noticeable.

Seat cars that use a 6-speed DSG transmission can sometimes jump into limp mode. In most scenarios, this will occur suddenly, and the transmission will remain in third gear only. When this happens, there will be warnings on the dashboard, such as a flashing ‘PRNDS’ light. This also indicates there will be codes stored in the vehicle’s DTC memory, which will help track down the problem.

Seat models with a classic 5-speed automatic transmission, designated as 09A, can have several different shift issues. In most cases, gear shifts on accelerations will be harsh and rough. Also, drivers notice lurches that happen when shifting from Neutral to Drive or Reverse. This usually affects higher mileage vehicles or if the maintenance is neglected. In the initial phases, the problem is only present while the car is cold and will not trigger any warning lights.

The reset methods may not work on all Seat models. Performing the reset does not damage the transmission. It only resets the shift points to factory settings.

We hope you find the Seat Automatic Transmission Problems and Solutions guide helpful. Check these troubleshooting and repair guides for more help on your Seat. 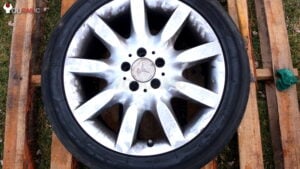