BMW OBD-II (OBD2) port can be used to troubleshoot the vehicle, read codes, and even install a monitoring device. Locating the OBD2 port on a BMW is very easy. 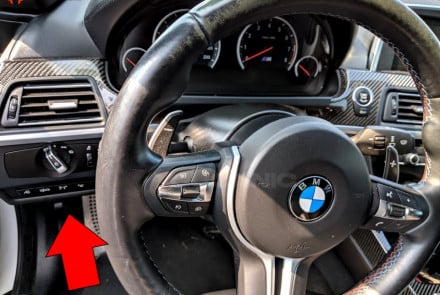