The most common cause that triggers the stability control warning light to come is a bad ABS wheel speed sensor. The Stability Control light illuminates or starts blinking when you are driving on a slippery surface and tires lose traction. 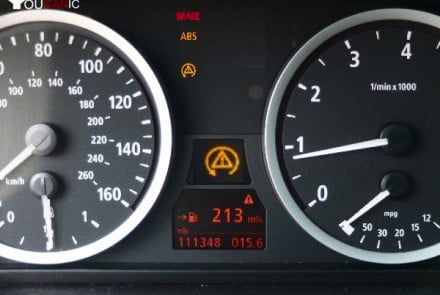