This guide provides instructions on how to change the backup light (reverse light bulb) on a Mazda 5, model years 2010 through 2018. 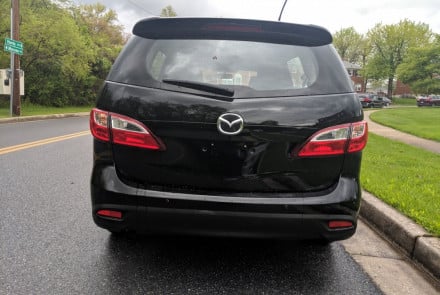