Choosing a good used car is not easy. With hundreds of car models and thousands of cars for sale online, picking the best-used car can be challenging.

Here at YOUCANIC, we tear down cars to make auto repair information available. Based on our experience, we decided to put together a list of our favorite used cars that are affordable, reliable, and have low maintenance costs. Once we put that list together, we spent over four hours researching the prices so that you get the whole picture.

Price research was completed in 2020.

The Honda Civic is one of the most popular cars ever made; consequently, the parts are cheap.  Again, the average annual cost is only around $250, as you only need to really change the oil and maybe rotate the tires.

The interior has room for five people and their luggage; it is fuel-efficient and reliable.

However, just like the Accord, if you buy it on Craigslist, AutoTrader, CarGurus, or from someone you know, mint condition Civics are available for anywhere from $1500-$5000.  Don’t be afraid to buy an older Civic; they’re bulletproof and run forever.

Let’s take a look at typical prices for a used Hyundai Elantra.

The next car on the list is the Honda Fit.  This car is mechanically a Honda Civic but has the room of a small van inside, thanks to its hatchback design.  There’s room for five people plus luggage, although it is down on power compared to other family cars. Because it’s a Civic underneath, average maintenance costs also hover around $250 annually for oil changes and tire rotations.

Used prices range from $7,000-$13,000 for a Fit from a dealer. However, like I’ve been saying, Craigslist, Facebook Marketplace, or CarMax are your friends. You can find a good used Fit for much less on any of those sites.

Let’s take a look at typical prices for a used Honda Fit.

This one is not a car, it’s a crossover, but worth mentioning.  The Honda CR-V is also a brilliant car, used or new. It’s safe, fuel-efficient, has room for five people and their stuff, and comes with AWD.

Like the Civic, Accord, and Fit, maintenance costs are quite low; the average is around $250 for just oil changes and tire rotations annually. Used CR-V’s are not as cheap because they are versatile cars and hold their value very well, but they are a worthwhile purchase.

Used prices vary from $4,000 up to $25,000 for a lightly used 2019 model with less than 15,000 miles. A CR-V is one of the best-used cars you can buy, especially if you live in an area with harsh winters.  The ground clearance and all-wheel drive will make the investment worth it.

Let’s take a look at typical prices for a used Honda CRV.

Used Corollas are fairly cheap, as there are millions out there.  Used prices for a five-year-old Corolla range from $5,000-$20,000 when buying from a good dealer. But, as I have said before, try Craigslist or Facebook Marketplace first.  You can probably find a good used Corolla much cheaper, and don’t worry about buying an older model year than you’d like.

Corollas are built to last, and as long as you maintain them, they run forever. Let’s take a look at typical prices for a used Toyota Corolla.

The next used car we like a lot is the Toyota Camry.  This is a brilliant used car, like the Accord or Corolla.  It’s the size of an Accord and gets the same mileage, there’s room for five people, and you won’t be left wanting power on the highway. Annual maintenance costs are around $380, and when you consider that a Camry will keep running long after the loan is paid, $380 a year is a bargain.

Remember the Toyota Camry is one of the few passenger cars out there you can still buy with a V6 motor these days.  Regardless, the Camry is cheap when used.  You can pick up a V6 Camry for less than $10,000, but keep in mind it will have over 80,000 miles.

Used prices typically range from $3500 all the way to $26,000 for a lightly used car. Another good option is the Toyota Avalon.  This is a big, comfortable car with room to spread out.  It’s mechanically identical to a V6 Camry, only larger.  It has the same engine as a Camry, and reliability is its strong suit.

Average annual maintenance costs are around $400, which is not the cheapest, but the car is a good value. The average used prices range from $3,000-$26,000, depending on the condition and trim level.  The Avalon is meant to be more upscale and luxurious than the average family sedan, so keep in mind you could end up paying more down the road.

While it would not be my first choice for a used car, the Avalon is a solid choice. Let’s take a look at typical prices for a used Toyota Camry.

Moving on, the next best-used car is the Kia Optima.  Like a Camry, it’s a five-passenger sedan with plenty of room for any luggage or equipment you may need.

The Optima is not available with a V6, just a range of four-cylinder engines, although some have turbos.

Unfortunately, the Optima is relatively expensive to maintain.  Average annual maintenance costs are around $470, and that’s at the higher end of what you want to be spending every year on oil changes and tire rotations.

The Optima is also not as reliable as other cars out there; the GDI turbo engines have had numerous problems over their lifetime, although Kia has addressed some of these issues.

Average used prices are between $4500-$15,000, mostly because they do not hold their value as well as Toyota’s or Honda’s.

Let’s take a look at typical prices for a used Kia Optima.

This is a five-door hatchback with enough room for all your sports equipment and luggage, plus five people.A warning; it is best to stick to the Mazda 3 models from 2016 onward.  Ford owned Mazda at one point, which was very bad for Mazda’s reliability ratings.

The average maintenance costs are around $400.  Mazdas command a premium these days, higher maintenance costs come with that.  Still, they are quite reliable and a lot of fun to drive. Average used prices range from $5,000-$15,000.  Again, these are more premium cars these days and command higher prices.  Still, they are fun cars to own, are good first cars, and will not disappoint.

Let’s take a look at typical prices for a used Mazda 3.

This is essentially a lifted Mazda 3.  Again, the average maintenance cost annually is around $400 due to the premium image Mazda projects these days. You will not have this car as long as a Toyota Corolla, but they are still good for the money.

Premium cars command premium prices, even used—prices for used CX-5s range from $6,000 up to $20,000.  While I think the CX-5 is a good used car, it is the same size as a Honda CR-V, and the Honda is much more reliable and likely to hold its value over time.  If you want a premium look, however, buy the Mazda.

Let’s take a look at typical prices for a used Mazda CX-5.

The Honda Accord is one of the best-used cars out there, full stop.  It’s got a large interior, plenty of power with the optional V6, bulletproof reliability, and they’re also cheap to maintain. The average price for a good used Accord is between $5,000-$15,000 through a reputable dealer, depending on trim level and body style.

While that may seem high, remember that Accords hold their value very well, are tough, and keep your family safe.  Find an Accord on Craigslist, and you may get one for $1500-$5000 depending on model year and condition. The average maintenance cost is around $250 if you change your oil every 5000 miles and rotate the tires once a year.

However, you have to change brakes every 50,000 miles and tires every 40,000 miles depending on your driving conditions.  These are not regular costs, though, so the annual mechanical maintenance cost is quite low.

Let’s take a look at typical prices for a used Honda Accord.

We hope that you found this list of the used cars helpful. This is a list of used cars that offer the best value for the money, are reliable, and have low maintenance costs. Check these troubleshooting and repair guides for more help on your vehicle. 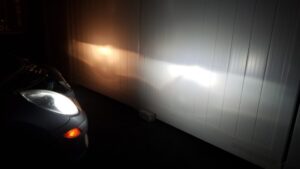 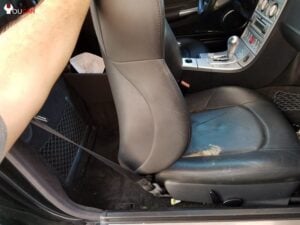 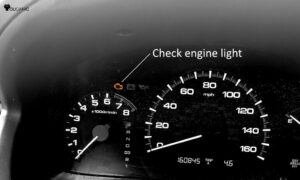 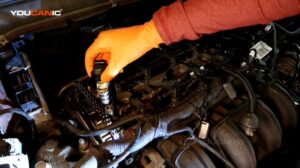