You will find a picture and a list of popular models for each type of car. So, how many types of cars are there? Let’s take a look!

Here are the most common types of cars with examples:

Look at the pictures below and what all these car types mean.

The four-door sedan is one of the most common body styles of cars on the road today.  While people are gradually trading in their sedans for crossovers, sedans are still top-rated.

With four doors, there is enough room for a family of four or even five.  You have a large trunk to hold things like picnic baskets, multiple airbags to keep everyone safe, and an engine that delivers excellent fuel economy while providing enough power to progress. Good examples of sedans are cars like the Toyota Camry and Honda Accord, two of the best-selling cars in the world.

Next on our list is the station wagon.  While these are not the most popular body styles, they have made a small comeback in recent years. The purpose of the station wagon these days is much like the four-door sedan, except with a wagon hatch.  You still have four or five seats and all the trappings of a regular sedan, but now you have a massive trunk with a liftgate.

The station wagon is the same as a standard sedan but with a much larger trunk and a different roofline.  Some older station wagons even had rear-facing bench seats in the back, although modern safety standards have rendered this unusable.

Ah, the classic minivan.  For the family that needs a bus’s space and a Toyota Camry’s gas mileage.  While the minivan is often the subject of ridicule, there is no denying the level of engineering genius that goes into them.  You have a vehicle shorter than a Chevrolet Suburban that delivers the same interior room while delivering superior gas mileage and aerodynamics.

Minivans have two large sliding doors, sometimes power operated, to let the children out of the second and third rows. Vans also have seating for up to 8, although, in the third row, there is no space for anyone more than 5 feet tall.  In addition to three rows of seating, you have a deep, although narrow, trunk that will also hold all the groceries and sports equipment.

Minivans in higher trim levels often come with entertainment systems and have ports to bring your own if desired.  Minivans also have many airbags, especially the curtain airbags over the doors, so they are quite safe in accidents.  Upfront is usually a naturally aspirated V6 of between 3.3 and 3.8 liters.  This delivers adequate power, although nothing extravagant.  If you have a hitch installed, a minivan can tow up to 3,400 pounds, enough for a small boat.  In short, the minivan is the jack of all trades, the master of many.

Moving up the size scale, we have Sport Utility Vehicles or SUVs.  Examples of this type include the Chevrolet Suburban or Ford Expedition.  SUVs trade gas mileage and maneuverability for massive interior space, big engines, smooth rides, and enough towing capacity to drag a battleship.  SUVs come in two sizes: Big and Bigger.  We have vehicles like the Toyota Highlander, Honda Pilot, and Kia Telluride on the lower end.  These are SUVs in that they have enough space for seven while being more blocky than a minivan.  However, they are SUVs in name only and are based on minivan platforms, so they do not have the underpinnings of a truck like larger SUVs.

At the top of the scale, we have the Chevrolet Suburban, Ford Expedition, Dodge Durango, and Toyota Sequoia.  These are essentially trucks with different bodies on their frames.  They all have V8 engines that deliver well over 350 horsepower and 350 lb-ft of torque; not one achieves over 19 mpg, and each can tow over 5000 pounds.  They also have large, comfortable interiors with seating for up to eight people, which makes the full-size SUV an ideal candidate for a long road trip while towing a trailer.  In conclusion, the SUV makes perfect sense if you have a large family and frequently need to haul/tow more than a minivan can realistically handle.

The iconic pickup truck is one of the best-selling types of vehicles in America.  Pickup trucks are extremely popular these days because they are gradually becoming a do-it-all vehicle.  Trucks these days offer a comfortable ride, luxurious interiors, and plenty of towing and hauling capacity.

They are also becoming more fuel-efficient thanks to advancing technology.  A pickup truck has a simple design: Two or four doors, a bed between 5 and 8 feet, an automatic transmission, and a choice of either a gas or diesel engine.  The largest pickup trucks with the correct setup can tow up to 35,000 pounds, while the smallest trucks may be suitable for no more than hauling some mulch on the weekends.

You must consider all factors when buying a truck, however.  As useful as trucks are, you sacrifice gas mileage and maneuverability when purchasing one, so think carefully, especially if you live in the city.

Vans are what help keep the world moving.  Vans help deliver packages, food, equipment, and more.  A typical van has a spartan interior and a bench seat for three, followed by a cavernous storage area.  You can outfit this area with whatever you want, whether for plumbing, auto repair, or delivering food. A van is usually powered by a four or six-cylinder engine, which prioritizes low cost overall.  You can also put seats in a van and turn it into a minibus for a summer camp or a church.

This type of car is a sports car.  One does not usually have a sports car as their first car.  This is the second or third car in the garage.  A sports car has two doors, is a coupe or a convertible, and is either rear or all-wheel drive.  A sports car is usually expensive, although many used sports cars are relatively cheap if you are willing to buy one that needs some work.

However, it is essential to remember that a sports car will often require more maintenance than a regular car.  Still, do not let that put you off; a sports car is a good purchase if you can afford it.

The coupe comes in many flavors.  It can be a relaxed tourer for covering continents in style; it can be a cheap little sports car or a two-door hardtop version of an economy car.  A coupe is just a sedan, but with only two doors.   The engine choice depends entirely on what the manufacturer wants the coupe to do. For instance, the Ford Mustang comes with a V8 and is a muscle car, while the Mazda Miata has only four cylinders and is a two-seater sports car.

The hybrid is a popular model of car these days.  As the world collectively attempts to use less gasoline, the hybrid steps up to handle the job.  A hybrid typically has a gasoline engine paired with a small battery and electric motor, and it is up to the maker to determine the size of these two power plants.

Like the Chevrolet Volt, some hybrids are mainly battery-powered and use the gas engine as a range extender when the battery is too low to continue on electric power only safely.

Like the Porsche Panamera Hybridother vehicles primarily use the gas engine and have the battery to cruise for a few miles in electric modes, like driving in the city.

Most hybrids need to be plugged in periodically to charge the battery, and while on the move, use the gas engine as a generator to recoup energy.  These are called PHEV: Plug-in Hybrid Electric Vehicle. Like the Mclaren P1, other cars go a different route and use the battery as a performance booster for the gas engine to squeeze out as much power as possible.  However, hybrid vehicles are not necessarily more environmentally friendly than standard, as the mining necessary to get the battery materials is quite damaging.  Still, a hybrid is the right choice if you live in the city and need both gasoline and electric power.

The electric car is not a new form of transportation, but it has recently become more and more popular as technology advances.  Electric vehicles are powered entirely by the battery, which provides power to an electric motor coupled to a single-speed transmission.

Tesla is the front runner in this category, as their cars have the most useable range and highest performance.  Part of the reason Teslas is so popular is that they are both genuinely useable and disturbingly fast for their size and weight.  This means Teslas are seen as regular cars, just electric.

Other carmakers are producing their electric vehicles.  Nissan is making the Leaf.  Chevrolet produces the Bolt and Volt.  Even Ford is making its own electric car, the Mustang Mach-E.  If you live where you do a lot of short-distance stop-and-go driving, an electric vehicle would be an ideal mode of transportation.

The diesel engine is most prevalent in heavy-duty trucks, owing to their massive torque and efficiency under long-distance, steady-state cruising.  Diesel cars are most popular overseas in Europe and the Middle East, while diesel trucks are very popular here in America because of their capability.

The trucks can haul massive loads in their beds and tow even more, making them ideal for carpenters, construction workers, or anyone who needs to move a lot of equipment regularly.  Unfortunately, they are not very environmentally friendly, as the exhaust gases are full of particulates and soot, although the manufacturers try to mitigate this with filters.

Still, a diesel truck is a good choice if you need a truck with a strong motor behind it.

The crossover is becoming increasingly popular in America these days.  It is perhaps the most popular type of new car being sold currently. The reason for this is that crossovers offer a crossover, so to speak, between a car and an SUV.  They are based on car platforms, so they are economical, but they also have more room than the standard 4-door sedan.

Crossovers also ride higher and have more ground clearance, which allows you to see more things around you.  Often, a crossover is just as or more efficient than a traditional sedan.  Hence the reason for their massive sales numbers.

The final type of vehicle on the list is a luxury vehicle.  This type of car is not usually concerned with fuel economy or over-the-top power; It is concerned with ensuring its occupants are as comfortable and safe as possible while maintaining a reserved, handsome exterior.  Luxury vehicles are usually intended to be comfortable while cruising long distances at speed, often for hours.

This article will find some of the most common types of vehicles and body styles. Several of these car types may fit in more than one category. For example, a Mercedes-Benz SLK55 AMG can simultaneously be a coupe, convertible, and sports car.

We hope you find the Popular Types of Cars guide helpful. Check these troubleshooting and repair guides for more help on your vehicle. 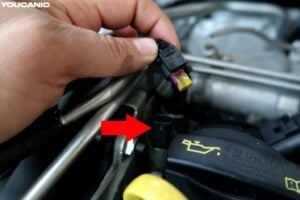 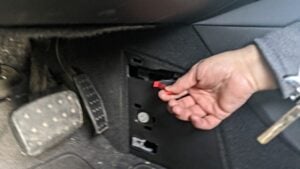