While the pictures in this guide are from an S-Class, these instructions will help you learn how to change a catalytic converter on  Mercedes-Benz  C, E, CLK, CLS, GL, ML, GLK, and other models required with V8, V8, and V12 engines.

Allow the car to cool down. The exhaust system can get very hot and remain hot even after the engine cools down. Jack up the vehicle front and back on the side where you will change the catalytic converter. Make sure to secure the vehicle with jack stands. Set the parking brakes and block the wheels on the opposite side. Do not get under a vehicle that is not secured with jack stands.

Replacing a Mercedes catalytic converter is relatively easy. The main challenge is when a bolt refuses to come off, which happens quite often. What we have found to be very helpful is to spray penetrating oil on the bolts that need to be removed a couple of times the night before you plan on replacing the catalytic converter.

If you have a new OEM catalytic converter, the procedure is straightforward and can be completed in your driveway. Just make sure to secure the vehicle with jack stands, as you will spend a lot of time under the car.

The average cost to replace the catalytic converter at a Mercedes-Benz dealership is around $1400-$1800.

We hope you find the Mercedes-Benz Catalytic Converter Replacement | DIY with Pictures guide helpful. Check these troubleshooting and repair guides for more help on your Mercedes-Benz. 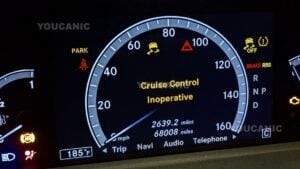 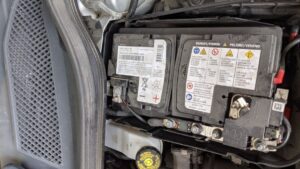