This guide will provide instructions on installing a BMW battery safety terminal kit, which you can order on eBay, and resetting the BMW airbag light, which comes on when the BST sensor fails.

A problem BMW owners may face is that the car will not start after an accident. This problem is often caused by the BMW Battery Safety Terminal (BST sensor) fault mounted on the positive terminal.

BST sensor is often confused with the intelligent battery sensor (IBS), which is mounted on the negative terminal.

Symptoms of bad BST sensor include:

If you are stranded on the road and can’t start your BMW, check to make sure the battery’s positive cable is not loose. If it loses, the BST ignited and disconnected the positive.

How to Replace the BMW Battery Safety Sensor

Remember that a basic code reader can not clear BMW airbag codes. 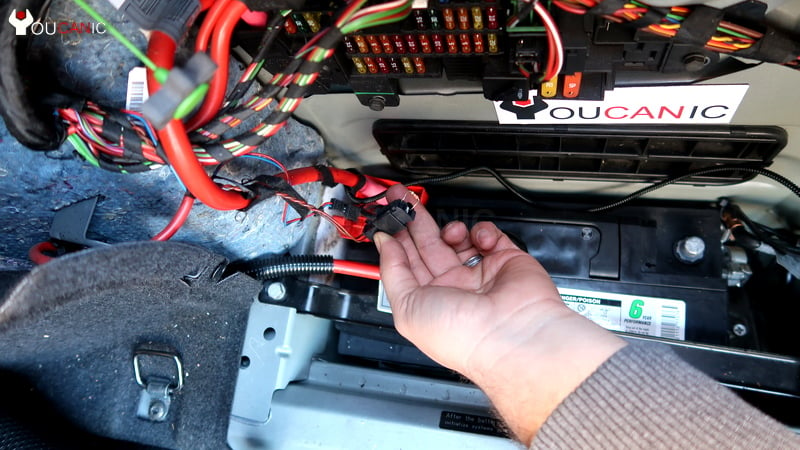 CAUTION! This fix is not recommended.

If the BST sensor exploded (ignited), it SHOULD be replaced. Some BMW owners decide to bypass the BST sensor by cutting the wires to the sensor and installing a resistor. This allows you to clear the airbag light but disables a key safety feature.

Two small wires that go to the BST sensor (near battery positive terminal) are shorted with a resistor to bypass the BST sensor. A 2-ohm resistor is installed at the end of the wires bypassing the BST sensor. This will emulate a working BMW sensor, and the airbag light codes are reset using a BMW scanner.

When you install a BMW BST bypass sensor, you remove a safety feature and increase the chances of a fire if you get involved in an accident. You can replace the sensor yourself.

In the past, replacing the BMW battery safety terminal would cost anywhere from $500 to $900. This is why some BMW owners would bypass the BST sensor and connect the positive cable directly to the battery positive terminal.

By deleting the BMW BST sensor, you will be disabling a safety feature of your BMW. Today you can get a BMW BST repair kit which you can order on eBay for a fraction of the original prices.

Another solution is to remove the BST from a used BMW and install it on yours. You need to ensure that the BST is not from a BMW involved in an accident.

Where is the BMW battery sensor?

What does BMW Battery Sensor do?

It is designed to disconnect the battery when the car is involved in an accident.

Which BMW models have an intelligent battery sensor?

BMW introduced the Battery Safety Terminal in the early 2000s.

Can I delete the battery sensor on a BMW?

Yes, but we don’t recommend deleting the BMW BST sensor. If you bypass the BST sensor and are involved in an accident, the battery will stay connected, increasing the chance of a fire or explosion caused by a battery shortage.

We hope you find the BMW Won’t Start After Accident | Replace BST Sensor guide helpful. Check these troubleshooting and repair guides for more help on your BMW. 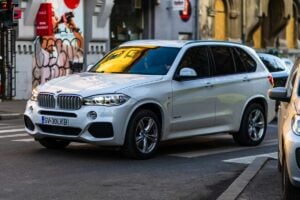 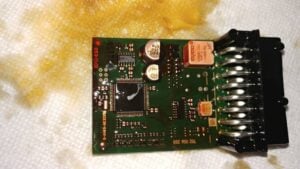