Ford’s 6.2L V-8 went into production in 2010 as a high-performance option for the Ford F-150 SVT Raptor. Overall the 6.2L engine is reliable with minor issues such as multiple cylinder misfires and weak valve springs.

The 6.2L is an engine variant in Ford’s Boss family. For the 2011 model year, the 6.2L replaced the 6.8L Triton V-10 in Ford Super Duty (F-250, F-350) trucks, though the Super Duty version is tuned for lower performance than the Raptor variant. The 6.2L engine was also the alternative for the Diesel engine in the F250 and F350 Super Duty.

The first issues encountered by Ford technicians had to do with the early production 6.2L engine. The most common problem with the Ford 6.2L engine was a check engine light triggered by a P0300 with no recorded data. It made diagnosing it rather challenging, with no stored trigger events such as temperature, duration, or fuel data.

Ford mechanics were instructed to do a calibration update to make the ECU less sensitive to misfires. The misfires were too random for the ECU to pick up which cylinder it came from; it consisted of getting the ECU to become blind to these sporadic random misfires unless it was more severe.

Eventually, the misfires revealed themselves, caused by weak valve springs. Many Ford vehicles with the 6.2L engine started having misfire problems as they reached 25,000 miles.

If the customer came in soon enough, we could replace the spring on that one valve and valve cover gasket, and that was enough to fix the problem. If not, the valve would drop into the cylinder and cause damage to the extent the engine had to be replaced due to extensive damage.

Eventually, the recommended repair was to replace all the valve springs to avoid this if it was still under the factory warranty.

Still, even though the TSB was out there, most owners didn’t notice any symptoms, and the valve springs were never replaced. If you own a Ford with the 6.2L engine or are looking to buy one, pay attention to these symptoms:

We had quite a few 6.2 engines with injector connectors that had loose pins and caused misfires. The coils would, at times, some but not too often. The second plug wire would fail if the engine were idled too much due to excessive heat.

The other issues were Cam Shaft Phasers that would stick and cause low power and the check engine light to come on with Phaser actuator codes. Some of the Actuators were the cause; most of the time, both phasers and actuators were replaced. Keep in mind that long intervals between oil changes could also cause this issue!

Oil leaks were common with the Ford 6.2L engine, especially from the valve covers and oil pan gasket.

Most of the oil consumption could be prevented by proper maintenance intervals and not allowing the engine to idle for an extended period. To prevent oil consumption, maintain the PCV Valve by replacing it at spark plug intervals and inspect the vacuum hoses related to it for leaks and collapsing. Avoid excessive Idle time! That will help that 6.2 last a long time—repair oil leaks before they get excessive.

This engine was built to replace the V 10 gas engine. It became an option in the F250 and F350 in 2010 after debuting in the Ford Raptor 150. Ford’s 6.2L V8 engine was reliable with a limited number of issues. Heavy-duty pulling and excessive heat were two conditions that could shorten the life of the 6.2L engine. Ford’s 6.2L engine could last well over 200,000 miles as long as properly maintained. Lack of proper maintenance could lead to or accelerate the issues described here.

We would sometimes see Ford’s with 6.2L engines come in for failure of valve stem seals and sometimes valve guide wear, but this issue was not very common. If the engine was cared for properly, you could expect to see one still running very well clear into the 200k or even 400k range.

Keep this in mind if you compare maintenance costs to a 6.0 or 6.4 Diesel; this engine will win the prize for not killing your checking account. The key to making a Ford 6.2L engine last long is changing the oil and filter at 3000 – 5000!

Flush that cooling system before it needs it!

Replace the spark plugs at 30k instead of 100k because this engine generates
more heat than designed. This causes early plug wear, stressing the ignition coils, which can be an expensive repair if both fail. Change the engine air filter at least once a year. Air filters are cheap; engine piston rings and engine replacement due to scores cylinder walls are not the outcomes you want either!

Replace the fuel filter regularly. Fuel filters are cheaper than fuel pumps if the year you have has one. Run a top-tier fuel with 87 Octane, not premium. Remember Maintenace! Maintenance! Maintenance! The best way to make a Ford 6.2L engine last forever.

Ford’s 6.2L engine has two valves per cylinder and cam phasers similar to the 5.4, except having one camshaft configuration. Camshaft chain tensioners guides and chains we almost the same as the 5.4.

The 6.2L engine had two spark plugs per cylinder with one coil for each cylinder mounted on the valve cover. With an individual spark plug, wire down to that second plug.

We hope you find the Ford 6.2L V8 Engine Problems guide helpful. Check these troubleshooting and repair guides for more help on your Ford. 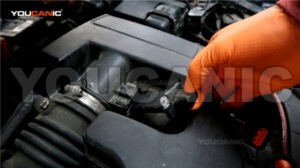 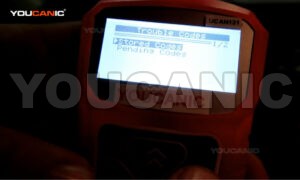 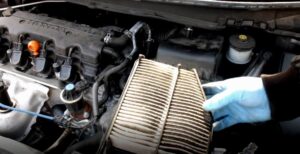 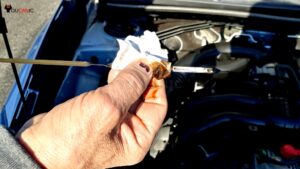