Are you in the market to buy a used car and have discovered that a vehicle you are interested in buying has a salvage title? A salvage title may also be referred to as a restored title.

In this article, we explain what Salvage Title means. Learn how cars become salvage—the pros and cons of buying a car with a salvage title.  Most importantly, you will learn how to value salvage title cars based on your experience of buying and selling cars.

By the end of this article, you can make an educated decision on whether a salvage title car is worth it. We will also look at several actual vehicles and their damage to be deemed a salvage car.

A salvage title means that the car was declared a total loss by the insurance company. In most cases, the vehicle’s repair cost exceeds 75%* of its market value.

*The exact percentage can range between 60% and 80%. Some states have requirements on this, while others don’t and leave it up to the insurance company.

The most common reason for a car to get a salvage title is a car wreck. Many vehicles have a title branded Restored or Salvage after a significant accident (not always, more on later).

How does the salvage title process work?

You get in a car accident. The insurance company has determined that it will cost over 75% of the value of (the current fair market value) the car to fix it. Let us assume your vehicle has a current market value of $10,000. It will take $8,200 ( Over 75% of its value) to fix all the damage. In this case, the insurance can declare the car a total loss.

They pay you the owner, the market value of $10,000. In turn, the insurance company takes the car from the owner and sends it to an auction like Copart, where they try to recover as much money as possible by selling the damaged car.

During this process, the insurance company will apply for a salvage certificate from the local motor vehicle division (DMV, MVA, MVD). A car dealer or a body shop buys the damaged car for a fraction of the market value (more on this later) and repairs it. The car has now become a salvage vehicle and is back on the car market for sale. 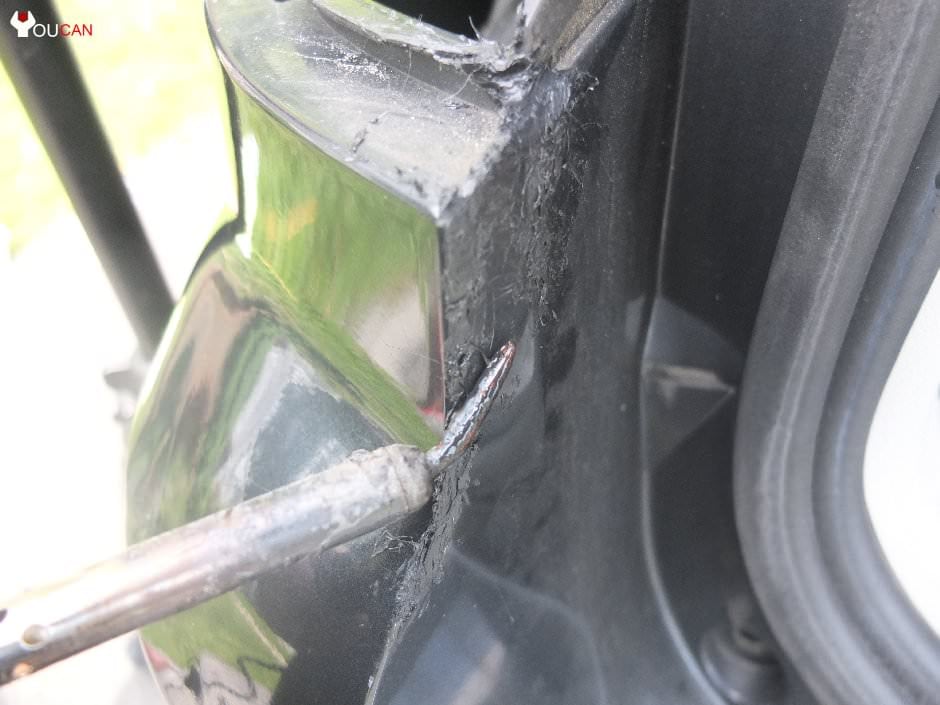 Some vehicles may have been involved in significant accidents but never got a salvage title.

Rember that the insurance company is the one that evaluates the damage and determines when to declare a car’s total loss. In other cases, cars are involved in severe accidents, but they never get a salvage title. Let’s explore a few of these cases.

There are large self-insured companies. That means they don’t need Geico, Liberty Mutual, or car insurance to insure them. They provide their bonds and insurance coverage. A few examples are large corporations, the local and federal government, and rental companies.

When these cars get involved in severe accidents, it is up to these companies to decide what to do with them. Often they send them to car auctions to recover part of the car’s value. They can sell them as parts, salvage, or even clean titles.

Often these cars have been involved in accidents, some severe enough to deploy the airbags. These cars are sold without a salvage title and often may be sold as a CLEAN TITLE.

Let’s say you are the owner of a Honda Civic and have already paid the car loan. To save money, you change the vehicle insurance from full coverage to liability only. One week later, you rear-end a Toyota Corolla. You are the one who caused the accident and was at fault.

Your insurance company will pay for the damages to the other car, the Toyota Corolla. You have to pay to fix your car insurance to liability only.  Even though the Honda Civic has considerable damage, it never gets a salvage title because the insurance company doesn’t have to worry about your car.

You fix it yourself or find a cheap body shop to fix your Honda. If you had full coverage, your Honda Civic would have been declared totaled by the insurance company because it would have cost too much to fix it properly.

Some cars have severe damage from an accident but never get issued a salvage title. You may be driving one of them and never know. Every day, cars sold at car auctions such as Manheim and Adessa can have considerable damage, yet they never get a restored title.

Why do cars get restored or a salvage title?

Should I buy a car with a salvage title?

You will find many car owners who only drive vehicles that have restored title. Countless articles online advise you that buying a car with a salvage title is not a good idea. The truth is that both can be right.

When you should not buy a salvage vehicle

It is better to avoid salvage title vehicles that were branded due to flood damage unless you know the car’s history and are confident that water didn’t get into any of the electrical components, engine, and interior.

Some states may issue junk titles or part titles for vehicles involved in significant accidents. These vehicles have considerable damage and should only be sent to the junkyard. Most states don’t issue titles for these vehicles, but a few countries do.

It is difficult to price cars that have a restored title. Evaluation tools such as Kelly Blue Book and Edmunds don’t provide pricing information on cars with a salvage title.

Rule of thumb
If you have found a salvage car that you want to buy, don’t pay more than 70% of its market value. If you decide to buy it get a vehicle inspection to verify the vehicle has been repaired properly and is in good working condition.

Check out similar listings of the same car in your area. Determine the vehicle’s value with a salvage title and multiply that by 0.70. Let’s say you conclude that the vehicle would usually be listed for $8,000, assuming it has a clean title.

Multiply $8,000 x 0.7 = $5600 is the most we recommend you pay for that car. The car should be in good condition, running, and adequately repaired. Why should you spend any more? Depending on the damage, the vehicle will likely sell for around 25% to 30% of the market value at the auction.

It is not advisable to pay the full market price for a car with a restored / salvage title.

Now let’s look at how many cars with salvage titles sell for at auto auctions.

For example, this 2016 Hyundai Sonata has an MSRP of  $24,500 and an average retail value of $17,000, assuming the car has a clean title. At the time of this writing, this was a one-year-old car. At the dealer, auctions would typically sell for $12,500. Now, check out what this Sonata, which has a restored title, sells for a car salvage auction. (Sold on March of 2017)

Check out Salvage Cars for Sale if you are looking for a good deal on a salvage car. You have the added protection that eBay offers. If you are a car dealer looking to buy wrecked vehicles, you can register with Copart, the largest wholesaler of stranded cars. Follow our tips above when purchasing a car with a restored title.

Everyone may advise you to avoid a salvage car.  The truth is that salvage title cars can be a great buy or the worst purchase ever.

If you aren’t prepared and don’t know what to look for, you probably should NOT purchase a salvage / restored car. Always find out why the vehicle has a salvage title. If the car has a branded title, don’t pay more than 70% of its market value if it is repaired. Pay even less if the car is still wrecked.

Several companies will pay you cash for your vehicle if you want to sell a car.  For example, Carvana or Junk Car Medics will give you an instant valuation and even come and pick up the car if you decide to sell it.

Can I get insurance for a car with a salvage car with a restored title?

Yes. Most insurance companies will provide liability coverage for cars with a restored title. Keep in mind that if you find an insurance company that will offer full coverage on a vehicle with a salvage title, the insurance won’t pay you the full market value if you end up totaling your car.

Is it wrong to buy a car with a salvage title?

Yes and No. You can get a great deal on a car with a salvage / restored title. In some cases, these cars have minor damage. A vehicle with a salvage title may have only needed a new fender, hood, and bumper. The airbag may have never been deployed. As long as the car was repaired correctly, you should be fine.
Sometimes, a car may have been stolen and found three weeks later. The vehicle can have a salvage title, but its structural integrity was never compromised. The bottom line is that you may be able to get a great deal on a salvage car but always do your homework. For more details, check the pros and cons of buying a salvage car above.

How to get a salvage car?

You can buy cars with salvage titles on sites such as eBay. Car dealers post vehicles with a salvage title, and sometimes, they don’t even fix them. They sell these cars at discounted prices. You can see the extent of the damage and decide if you want to repair that car yourself. You can get great deals on some of these cars.

We hope you find the What is a Salvage Title Car guide helpful. Check these troubleshooting and repair guides for more help on your vehicle.