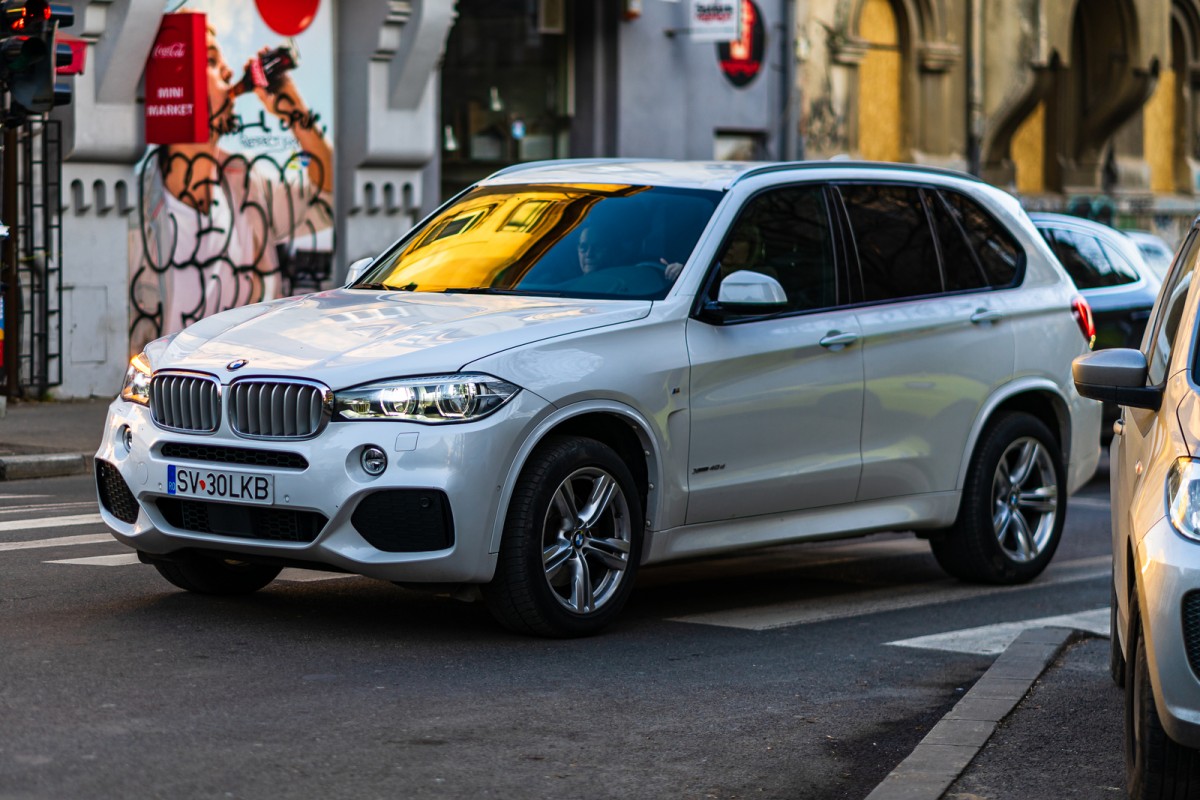 The third generation of BMW X5 has been around for several years, making it more affordable. Still, buying a used car always carries certain risks, as everyone has one or more potential weak spots. This article will determine which models are available and what issues they might have.

BMW introduced the third generation of its flagship SUV back in 2014 under the F15 codename. The new BMW X5 closely followed the basic layout set by the previous two models, although there were some noticeable differences. The exterior design had an aggressive note, which gave the car a far more formidable and recognizable road appearance.

Inside the car, the focus was on entertainment systems and connectivity, making it in tune with the times. One of the most significant differences that set the third-generation BMW X5 apart from older models is its structure. Extensive aluminum and other lightweight materials reduced the overall weight, improving handling and fuel economy. The vehicle was produced until the end of 2018, and unlike previous models, it did not receive an LCI update.

However, the most significant changes for BMW X5 (F15) were hiding under the hood, where a highly modified engine range was available. It was the first X5 to have a hybrid version with a four-cylinder gasoline engine paired with an electric motor.

All vehicles had an automatic transmission standard and used an X-drive system to distribute engine power to the wheels. The only exception was vehicles with smaller diesel engines with S-drive, which drives the rear wheels only.

A four-cylinder gasoline engine, designated N20, has an oil filter housing with an oil cooler attached to the side. A pair of gaskets between these components can become complex and brittle with time, causing a leak.

Although this leak may not be substantial, the escaping oil will drip down onto the alternator and cause damage to it. Replacing both gaskets at the first sign of a leak, which is an easy job, will prevent this from happening.

A clogged DPF filter may cause low power and illuminate a warning indicator on the cluster. Some of the causes of a blocked DPF filter are carbon buildup that may arise due to the prolonged storage of the vehicle or the engine already has underlying trouble that should be diagnosed as soon as possible. The most recommended solution is to replace the DPF if the problem has not been resolved.

Newer diesel engines, codenamed B47, have an Exhaust Gas Recirculation (EGR) system with a cooler that uses an engine coolant. The heater matrix inside it can crack, allowing the coolant to leak into the EGR system, where it gets burned. Depending on the size of the crack, this could result in a slow coolant loss or even engine damage. White smoke from the exhaust is a telltale sign that may help diagnose this situation.

Turbocharged V8 engines, designated as S63, frequently consume oil, an issue inherited from their construction. These engines have a hot-vee arrangement, in which both turbochargers are placed between the cylinder heads. A setup like this improves exhaust flow and ensures better performance, increasing the temperatures at which turbochargers operate. This increases oil consumption, and the only way of bringing it down is by implementing a more moderate driving style.

Electric motors and batteries in hybrid models are reliable components, although a few potential weak spots exist. The battery is the most vulnerable, as improper usage and unfavorable driving habits can reduce its capacity.

Things like using superchargers frequently and driving until the battery is completely flat are the most damaging. Having a specialist who will check the hybrid drive is the easiest and most reliable way to determine its condition.

A substantial amount of wind noise at motorway speeds is a common problem with these cars. The most common cause is misaligned front doors that do not seal properly against the frame. As obvious as it may sound, aligning the doors to eliminate the gaps will solve the issue. This is, however, a tedious and time-consuming process that requires patience and a methodical approach.

Almost all X5 vehicles of this generation are equipped with an automatic tailgate feature, making opening the boot lid easier. This system may suffer from several issues, with the failure to open or close being the most common.

In both cases, the cause is usually a faulty latch that upsets tailgates’ operation in touchless mode. The only reliable solution is to replace the latch and reset the automatic tailgate system using a diagnostic tool.

While any third-generation BMW X5 is a great car, some are more reliable and easier to maintain. All things considered, we recommend choosing either a hybrid version or one with a turbocharged six-cylinder engine. These variants offer excellent performance and ride characteristics while not being too complex or challenging to work on.

We hope you find the BMW 3rd Gen Common Problems X5 (F15) 2014-2018 guide helpful. Check these troubleshooting and repair guides for more help on your BMW.