BMW Navigation system may fail due to a defective Car Communication Computer, known as CCC. If BMW CCC fails, BMW navigation and iDrive will not work.

In some cases, the navigation system may work intermittently. The cost to repair or replace the CCC navigation unit at BMW dealerships varies between $1000 and $1600.

Another popular solution for BMW owners is to use a third-party vendor who offers BMW CCC Repair and will repair your existing unit. CIC can also fail.

CIC is the newer system and more powerful than CCC. Unfortunately, many BMW CCC units fail after five years of use. Some common BMW CCC failure is due to a processor chip partially separated from the PCB or a failed capacitor.

The owner may remove the CCC unit and try to heat the onboard chips with a heat gun. This method doesn't always guarantee that the CCC will work, and you can cause more damage with this method.

Before you spend hundreds on BMW iDrive CCC repair, there are a few things that you can try yourself. The CCC units can fail due to poor circuit board connection or chip problems.

BMW CCC unit has several modules build in such as:

Some of the symptoms described here may not always be due to bad CCC. For example, certain CCC failures can cause no sound.

A 'no sound' issue may be caused by a bad amplifier or a damaged optical cable. In the next section, we will discuss some of the most common causes of BMW CCC failure. The first thing you should do is to force a CCC reboot. If your screen is frozen or any of the issues we mentioned earlier, try resetting the CCC.

To do this, you will need to press and hold the following buttons.

Press and hold all three buttons for at least three seconds. Your CCC will restart. Remove the fuse for CCC Navigation for at least 15 seconds and reinstall. In some cases removing the fuse for a few minutes can make your BMW navigation come back to life. One of the cheapest ways to fix BMW CCC units is to find a company that offers BMW CCC repair service. You will spend under $400 to repair your damaged CCC iDrive system vs. 1000+ at the dealer.

Remove your CCC from your BMW and ship it to the repair facility.

A technician that specializes in repairing the BMW CCC unit will test and repair your unit.

Once the CCC is repaired, it is returned to you for installation.

The advantage of this method of fixing a CCC is that it is a cheap way to fix a CCC. Plus, the unit doesn't require any programming.

If you use a repair service, your vehicle data, including stored VIN, mileage, or immobilizer code, will not get erased. Coding is not necessary.

If you use a repair service, you can ask your service provider if they can also perform the following coding if needed: The capacitors in the navigation board (PCB) mail fail. If this happens, you may notice that the CCC is stuck on the BMW logo.

The capacitors can be visually inspected, but this requires the removal of the BMW radio. A CCC software error can cause a complete system failure and stop the CCC from booting up.

If your BMW is still under warranty, have the dealer diagnose your CCC problem.

Ask for the CCC to be updated. This may fix CCC problems in some cases.

There were two generations of CCC units installed BMWs:

BMW CCC units can fail due to various reasons. Try some of the following tricks to get the CCC to work before spending hundreds of dollars on changing the CCC.

Got the same problem
Mine is doing the same thing did you ever fix yours? and if so what did you do?
I get random reboots on my screen. One post says the car should not be left in the sun....
I have a similar with my E70 I am confused. There is a DVD and a CD eject button or its one button? When I pressed the eject button and the power/volume button a CD was ejected but the problem persisted.
I was wondering if bmw have any liability for this problem?...why does this go out?
My fan inside has stopped working. Is this a part I can purchase and replace or wold I have to replace the entire unit?
Just Bought certified 2016 528 i and the whole system just keeps on booting in a loop. After reading the forum this is a major problem it seems we will see how they handle this at the dealer. The Car has less then 100 miles on it since I drove it off the lot a couple of weeks ago original miles is 23k. We will see how Buena Park BMW is about the problem
I have the same problem. At the beginning it was intermittent but over the last couple of days it just won't turn one and either blinks with white screen, brownish/orange-ish scrambled screen or just stuck on the BMW logo. Tried the Vol/DVD/CD reboot method no luck, tried disconnecting battery no dice,
I have a 2009 E60 with no power to the CCC. My question is what/which fuse or fuses operates the CCC ( I do not have the little cheat sheet). Thank you in advance.
Can a android system resolve this issue. Like a Xisedo Android 8.1?
I have BMW X5 E70, When I put key in ignition, I drive for navigation works and Cd too. Aux is not working. I can set required address and start the navigation and also able to perform menu checks on idrive. Once I start the engine idrive stops responding. Navigation continues to work till I reach the destination. Any idea how to restore the idrive while engine is running. My PDC and reverse camera is not responding, but when weather is wet ( raining or mist or fog) starts working for quick 5 seconds and then freezes. any view how to resolve this please
johnnzuki

I have thę same problem, is there anyone who has fixed thę issuę without replacement

At first Hello to everybody.

My CIC (BMW X5 E70) is permanently rebooting and shows only the BMW - Logo.
I check already the disk and a electrician guy checks the capacitors.

Unfortunately he dont find out the reason for the reboots.

If I put the reverse gear, for a while I can see the back camera, but then he start again rebooting....

Is there someone that maybe can give me a suggestion what to do ?
(send to repair is obviously one option, unlucky for me, because we drive tomorrow with that car in hollidays...  :(   )

Hello Pedro
I have the same exact problem. And only the radio turns on, on the same channel, and I ca control the volume only..
have you solved your problem?

I sent the CIC unit to Romania for repair.
Everything went perfectly and runs again 1A !!! 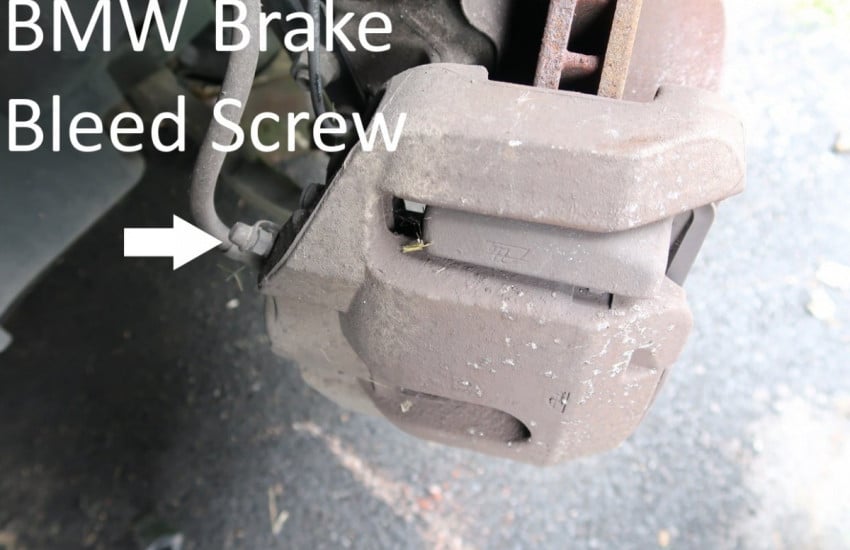 In this guide, you will find instructions on how to bleed the BMW brake system. A common problem BMW owners may face is the car alarm going off at random times or in the middle of the night. In this guide, you will find instructions on how to change the key fob battery on multiple BMW keys. In this guide, you will find step-by-step instructions on how to change rear brake pads and rotors on BMW vehicles.