One of the most common reasons a trunk won’t close is that the latch or striker gets misaligned, which is common after an accident. If your trunk doesn’t close, examine the latch and the hinge connecting to the car’s body.

Either of these might have become bent out of shape or damaged, preventing the trunk from closing. In addition, if the car has been in an accident or is rear-ended, the frame may be bent, and the latch may not be aligned properly.

These are some of the most common problems why a trunk won’t close.

Latch assembly has an internal failure. You can solve this problem by replacing the whole latch assembly.

When a striker is misaligned, this will cause the latch to miss the striker and result in a trunk closing problem. You may loosen the striker’s two bolts and re-align to solve this problem.

3. Latch misalignment due to rear-end collision

Due to collision, the metal holding the striker may move out of location; as a result, the latch would not match the striker. The remedy is to repair the metal and re-align the striker.

Sometimes, latch vibration, age, and corrosion can damage the release level, or the latch release lever may break, resulting in the trunk not opening. The solution is to replace the whole latch assembly.

The damaged plastic retainer may result in cable misalignment, thus preventing the proper directional pull to the release lever. To remediate this, you need to replace the release cable.

The misaligned cable, like a damaged release lever or broken plastic retainer, may result in a broken link between a driver’s release lever and the latch. You may resolve this by realigning the release cable.

A damaged electric latch release solenoid may also result in the trunk not opening from an electric release button or fob open trunk command.

First, check to make sure the trunk aligns properly.

Check voltage from the connectors. If no 12 volts is identified while pressing the release switch, there could be a problem with the wiring; if there are 12 volts when the switch is pressed, the problem could be the latch solenoid.

How does the trunk locking mechanism work?

A mechanism pulls a release lever from the driver’s side or the trunk handle to open the trunk. Some vehicles are equipped with an electric release button. However, instead of a release lever, the latch is released by a solenoid.

There are multiple reasons why a trunk locking mechanism may fail, but a bad trunk latch causes the most common issues, or the trunk is not aligned properly.

We hope you find the 6 Common Trunk Won’t Close/Open Problems guide helpful. Check these troubleshooting and repair guides for more help on your vehicle. 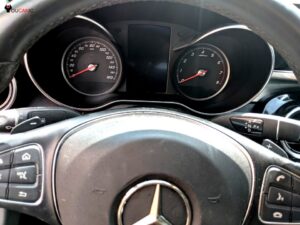 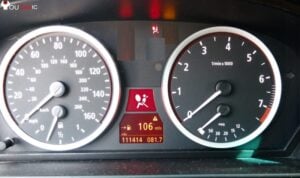 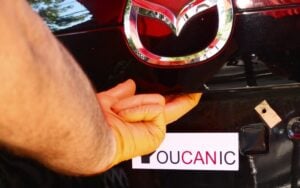 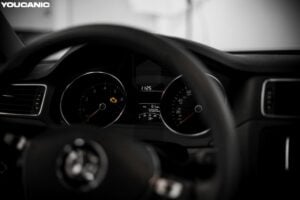