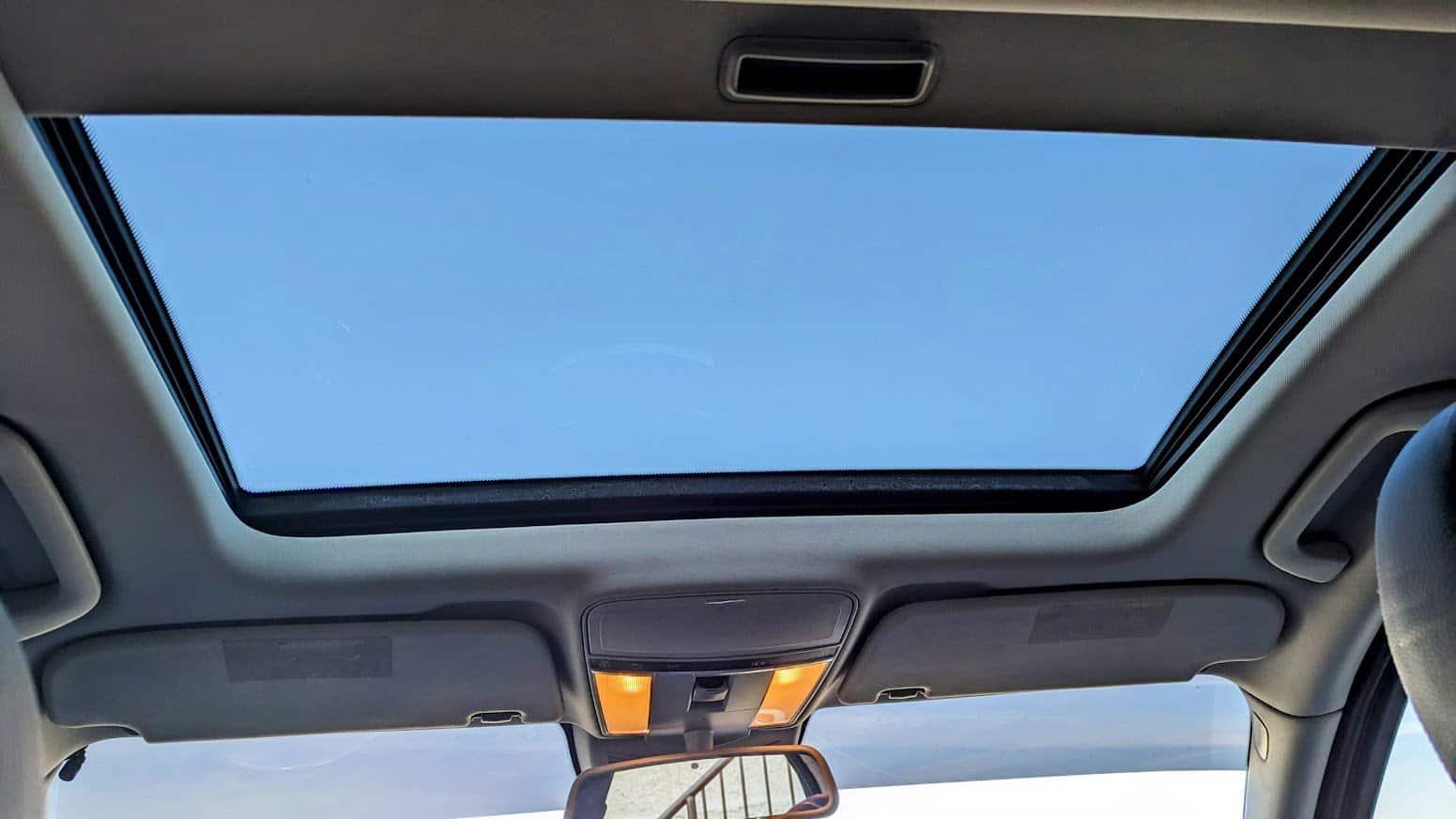 The most common problem with Mercedes-Benz sunroofs is a sunroof that doesn’t operate properly or barely moves. As you press the sunroof button, the sunroof only moves an inch or two at most when you try to open or close it. While this may seem frustrating and a headache, fixing this problem is usually very easy. Move the sunroof to the open position and then the closed position, which resets the sunroof and performs what is known as sunroof synchronization. The following video shows how to fix this very common issue with Mercedes-Benz and how to read/clear fault codes triggered by a defective sunroof from the Overhead Control Module.

Synchronizing the sunroof on a Mercedes-Benz, for example, after disconnecting the battery, is a necessary and straightforward process that can typically be completed in just a few minutes. Simply keep the sunroof button pressed in the closed position. Then open the sunroof fully and keep the button open for five seconds to complete the calibration. After you follow these steps, the sunroof should be synchronized and operate correctly. If your Mercedes-Benz sunroof still has issues, resynchronizing it may not always be the solution. There are a few other issues that we discuss below.

While the sunroof synchronization issue is the most common problem with Mercedes-Benz, sunroofs can show other symptoms.

If you’re experiencing any of these problems with your Mercedes-Benz’s sunroof, it’s best to have it inspected as soon as possible to avoid water getting inside the cabin and causing electrical issues and in some cases starting issues.

Every sunroof has rubber strips around it that seal it against the metal edges of the cars’ roofs. With time, they may become brittle, which causes them to develop cracks or even break apart. This reduces their ability to stop water from entering the cabin when it rains or while washing the car. The leak will initially be small but only worsen as time goes by. Rubber seals that lost their elasticity can sometimes be restored using specialized lubricants. But if they are cracked or broken, replacing them is the only reliable solution.

A whole sunroof assembly has channels and tubes that remove any water that may get past its seals. However, leaves or dirt may clog these drain tubes, preventing water from passing. If that happens, any rain or liquid that may get inside the sunroof will stay there, with the resulting moisture causing mildew and unpleasant odors. The best way to unclog the drain tubes is by using hot water with detergent and an air compressor.

The sunroof has several mechanisms that open it up or slide it backward. As with all other moving assemblies, these must be lubricated, with nothing obstructing their movement. But some owners are unaware of this, and the consequent lack of maintenance can take its toll. Insufficiently lubed mechanisms require more effort when moving, while seized ones may not even open. Still, a can of WD-40 and some silicone oil will solve the problem in most cases.

Most sunroofs have one or more electric motors that open them, which may fail for several reasons. An unlubricated or seized sunroof mechanism will add extra strain to the motor. If the friction between moving components is high enough, this can cause it to burn out. Additionally, electric motors may stop working if their internal moving parts wear out. For most models, the sunroof motor is available as a spare part.

Most newer Mercedes-Benz cars have a separate control module that operates the sunroof. Depending on the model, it is located either in the trunk or within the sunroof’s control panel. Despite being reliable, control modules can still cause issues in certain situations.

Use the YOUCANIC scanner to read the codes, clear them and look at live data from the sunroof module. Potential causes for malfunctioning include internal short circuits and corrosion caused by moisture.  Vehicles with panoramic sunroofs have a dedicated control module that typically is listed as PSD or Panormatic Sliding Roof.

As with any other electrical component, every sunroof has one or more fuses, which protect it from overloading situations. A fuse can blow, making everything in its circuit inoperable. So,  checking its fuses should be the first step if the sunroof suddenly stops working.

The most common problem with panoramic sunroofs is that they won’t open and get stuck when trying to open them due to a bad motor. When you try to press the open button, all you hear is noise. The shade for the panoramic sunroof can also get stuck due to the rails getting damaged, or the cloth may start to sag, but those are minor issues and easier to fix compared to a sunroof motor going bad.

Panoramic sunroofs are a great option, but if that sunroof starts to have problems, especially on a 10-year-old Mercedes, you may leave it as is because the repair costs can get too high.

What can I do to prevent sunroof issues?

The sunroof is affected by weather and other unfavorable conditions that may impair its performance. But as one might expect, regular care and maintenance will do wonders in preventing this from causing more severe problems.

Sunroofs on most Mercedes-Benz cars are reliable and robust pieces of equipment. They have several potential failure points that can affect their performance. In most cases, worn seals and clogged drain tubes will cause leaks when it rains. Additionally, seized mechanisms or worn electric motors can stop the sunroof from moving. Lastly, sunroofs on many Mercedes-Benz models could fly away as they were not glued sufficiently, which resulted in a big recall.

That’s up to you, but just so you have an idea, the dealer may charge you one to two hours just to diagnose the problem. That can mean $200 to $300 just to tell you what’s wrong. Then depending on the problem, you will most likely spend another $500 to $2000 to fix your Mercedes-Benz sunroof at the dealer. We recommend finding an auto repair shop that repairs Mercedes-Benz cars, as they are usually more affordable.

How do I reset the sunroof on my Mercedes-Benz?

Are there any major Mercedes-Benz sunroof recalls?

Mercedes-Benz had a series of issues with sunroofs on their cars, including cases where they would fly away or shatter while driving. This consequently led to several recalls that affected a lot of vehicles made between 2001 and 2011. The problem and corresponding glass-shattering risks resulted in a class-action lawsuit in 2018.