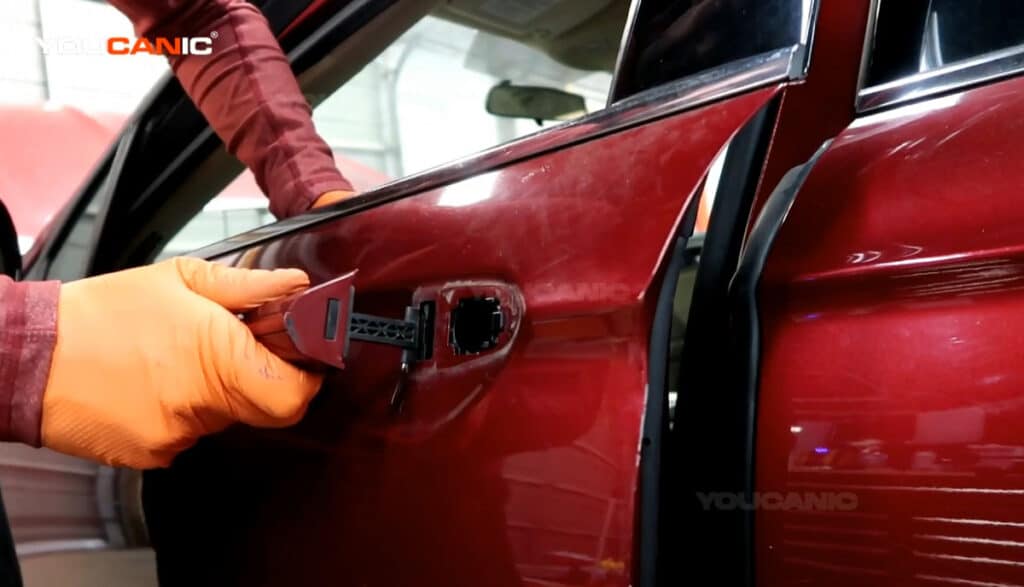 Are you stuck out of your Ford Fusion because the battery is dead or the key fob not working? Learn how Ford’s door or trunk can be opened if you have a dead battery.

How to open a door Ford – dead battery

If your metal key doesn’t unlock the driver’s door, try inserting the key in and out a few times. If that doesn’t work, spray penetrating oil in the keyhole and retry.

How to open a Ford Fusion trunk – Dead Battery

We often get asked how to open a Ford Fusion hybrid trunk if the car battery is dead.

To open the trunk in a Ford Fusion with a dead battery, you will need to manually open the driver’s door and the hood as outlined above. Then locate the jump-start terminals under the hood to power up the vehicle and open the trunk by pressing the button on the dashboard or keyfob.

Follow these step-by-step instructions on opening Ford’s trunk if your car has a dead battery.

If you need to jump-start a Ford with a dead battery, use the terminals in the engine bay. Do not jump from the battery in the trunk. These instructions may help owners of Ford models such as Fiesta, Mustang, Fusion, Edge, F150, etc.

If you like saving money on auto repair, learn how to Diagnose Vehicle Problems Like a Pro