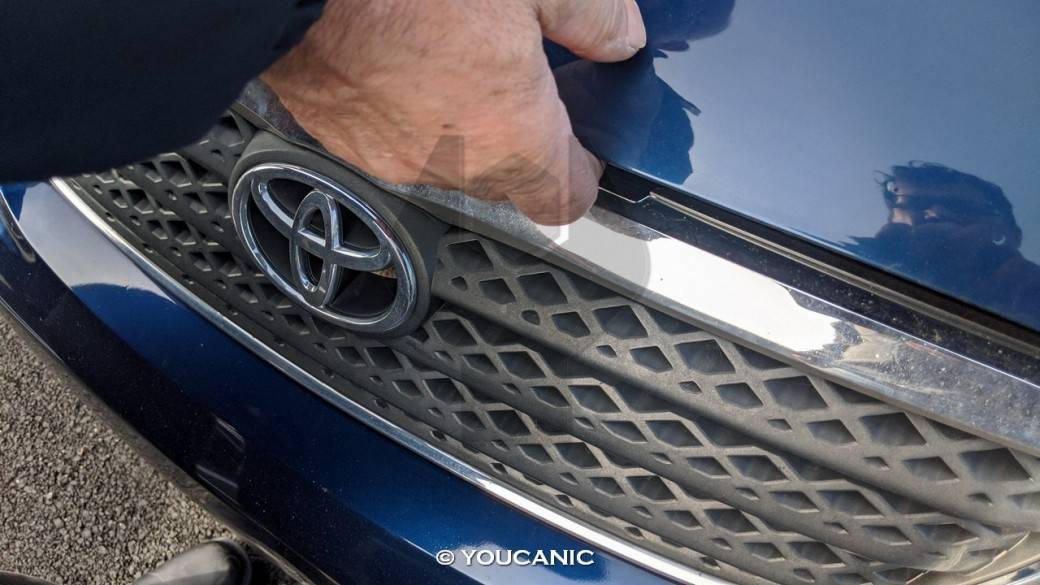 Do you need to check your engine compartment but don’t know how to open your Toyota hood? Learn how to do it by following the procedures below.

Pull the hood release under the dashboard on the driver’s side to open the hood on a Toyota.  Pull the lever, then go to the front of the car. Slide your hand under the hood just above the grille. Press on the hood latch to one side as you lift the hood. You should be able to easily open/lift the hood (bonnet).

How to Open the Hood on a Toyota

In some cases, a Toyota hood may not open when you try to pull the hood release. You first must inspect the hood release under the dashboard to ensure the cable is still attached to the handle.

Next, get a friend to help you and try the following procedure.

In most cases, this simple procedure will allow you to open a stuck Toyota hood. You will need a friend to help you. You can’t complete this step with one person.

How to open the Toyota hood with a broken cable

If your Toyota hood cable is broken, there are a few possible ways to open the hood:

This guide will help you open the hood on many models, including Toyota Camry, Corolla, Rav4, 4Runner,  Land Cruiser, Supra, Prius, Tacoma, Yaris, etc. At the end of this guide, you will find tips to help you open a stuck Toyota hood.

We hope you find the Open Any Toyota Hood guide helpful. Check these troubleshooting and repair guides for more help on your Toyota.