When BMW alternator voltage output is above or below the recommended limit ( typically 13.3-14.5 volts), the red battery warning light will illuminate on the dashboard, and a message will pop up on the iDrive screen.

Once the voltage output is within the proper range again, the warning light will turn off. In most cases, a failing alternator’s early stages will cause these warning lights and messages to come on for a few seconds and then turn off. 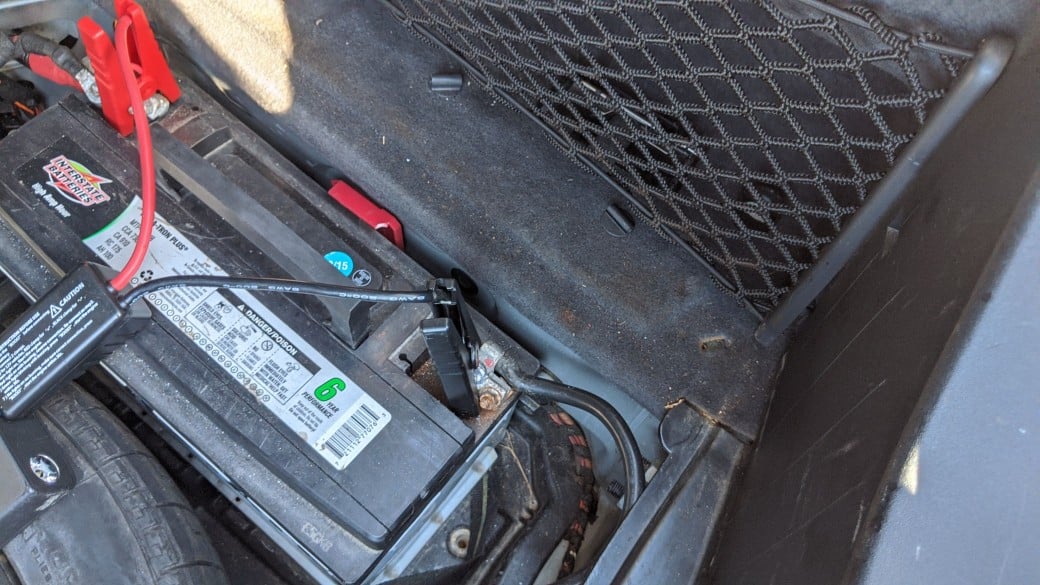 One of the most common problems that can cause a BMW battery or alternator warning messages is an old battery no longer holding a charge. If the battery is older than six years, it may need to be replaced. Follow this guide on how to replace and register a BMW battery yourself. 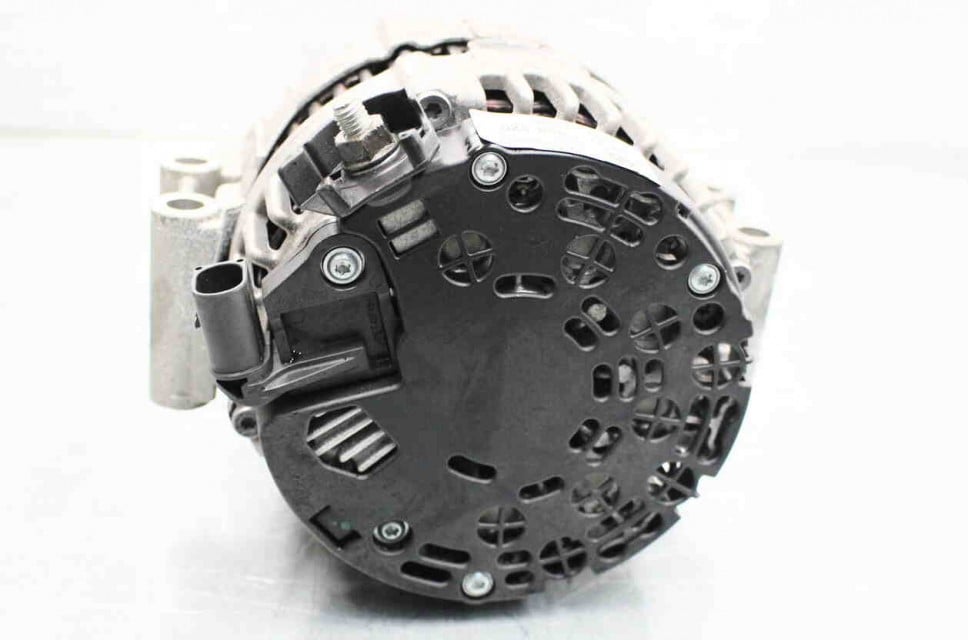 Another common problem that causes a BMW battery and alternator warning is a faulty BSD BMW module, typically mounted on the alternator. 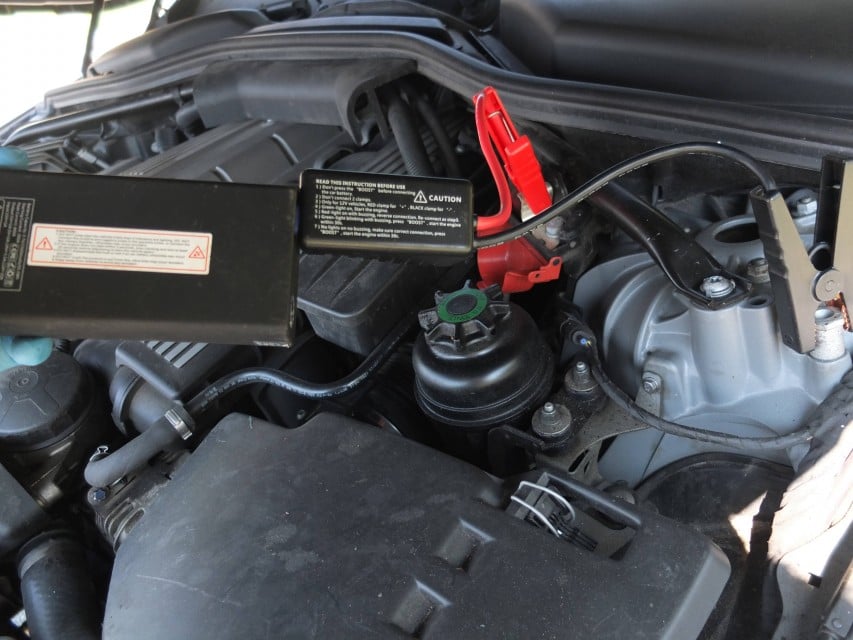 If the battery is relatively new, try charging the battery with a trickle charger. Additional problems that can cause this issue include. 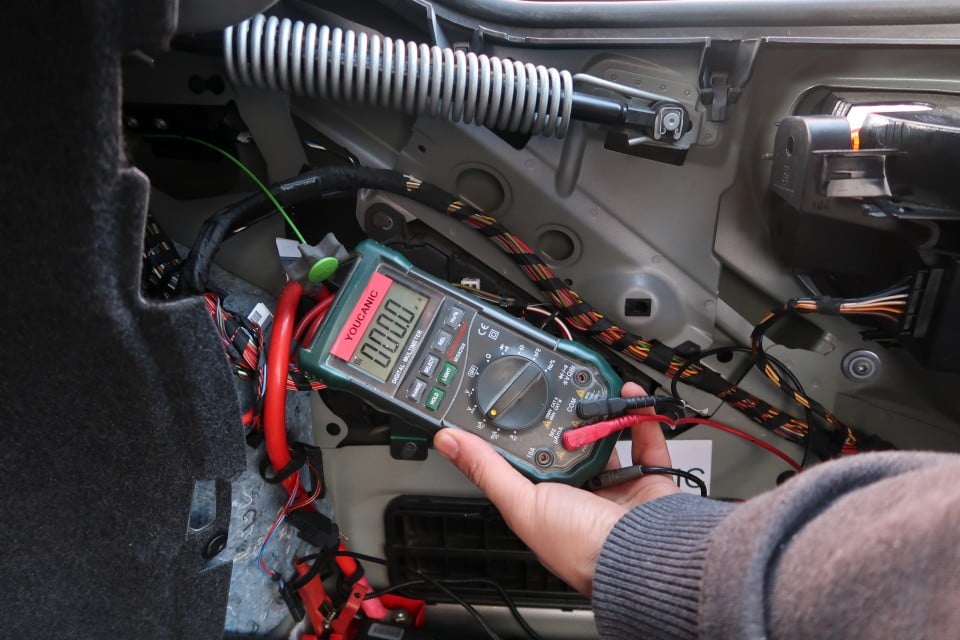 Although the car will run with no noticeable issues when the alternator output is between 11 and 13 volts, it will not charge a battery to full capacity. However, if the alternator produces less than 11 volts, it will cause important systems, such as ABS, wipers, or climate control, to turn off. And eventually, the engine will shut down, as there will be no electricity for spark plugs and engine (DME).

A voltage output higher than 14.5 volts can cause expensive damage to sensitive electronic components. The high voltage output can even damage the battery.

If the belt is loose or one of the accessories has a bad bearing, the alternator will not rotate fast enough to generate the required electricity. Also, there may not be power steering and air conditioning. And, as a coolant pump will not work as well, the engine may overheat in a short time.

The alternator has several rotating components, such as a rotor, bearings, and a slip ring with brushes assembly. Just like other moving parts, these will eventually wear out. The spring-loaded brushes are the most likely failure point. Also, as the BWM mounts an alternator below the oil cooler assembly, this can lead to oil contamination caused by leaking oil.

A voltage regulator controls the amount of voltage produced by the alternator. Without this regulation, the voltage would vary depending on the engine speed. The engine ECU keeps the voltage output in the desired range by adjusting the current amount that goes through the rotor. Failure of the regulator will cause random low or high voltage outputs.

The battery itself could be the culprit if you are experiencing voltage problems. An old battery may have faulty cells or no longer hold a charge.

The alternator is a key piece of equipment on a BMW. It powers the engine, charges the battery while driving, and provides electricity for various systems. Fuel and ignition systems, climate control, entertainment systems, and other components depend on the alternator operating properly.

In all newer BMWs, it is possible to check the voltage by entering the ˜hidden menu™ features. However, the best way to verify the problem is to use a digital multimeter. Attach the two probes from the digital multimeter to the positive and negative battery terminals and turn the selector switch to DC voltage.

Next, start the engine and let it idle. With all electrical connections and battery cables in good shape, the voltage output should be 13 to 14 volts. It is best if this value is between 13.8 and 14.2 volts. If the voltage is in the recommended range, the next step is to read the fault codes with a BMW All System Scanner. A BMW scanner will show a specific fault code. 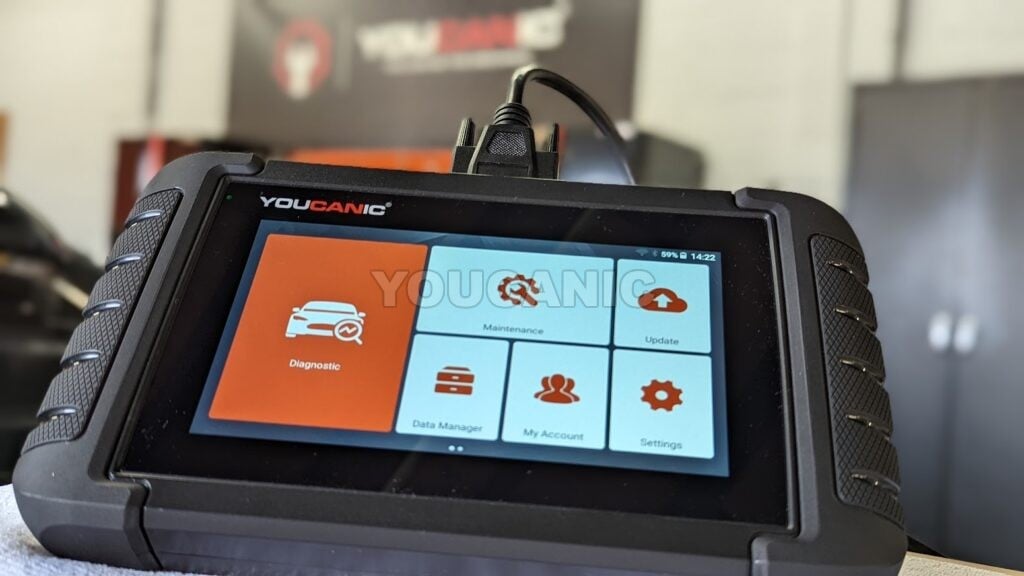 We hope you find the BMW Battery Warning and Alternator Problems guide helpful. Check these troubleshooting and repair guides for more help on your BMW.