Is your Buick Enclave tail light broken? Learn how to remove and install the new tail light assembly by following the procedures below.

This guide provides instructions on how to replace your Buick Enclave taillights. For your safety and peace of mind, we have compiled a step-by-step guide to replacing your broken taillight. 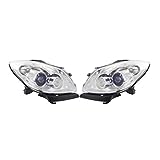 How to replace taillight assembly.

How to remove the rear bumper and splash cover.

You can install the rear bumper in reverse order.

Note: if you want to replace just one side of the bumper, you still need to do steps 1-6, but you can detach each side once the whole bumper is removed.

If your taillight were to become broken or burned out, the drivers behind you would have a hard time seeing you in the dark, and you could be held liable for an accident.

How much does it cost to replace a tail light assembly?

If you go to a dealership or auto body shop for your new tail light assembly, you will pay anywhere between $200 to $2000 for each assembly. You will pay even more than that if you have a luxury car. If you do it yourself, you can get the cost down to a price range of $30 to $250 per assembly.

How long does it take to replace the taillight?

Fortunately, tail light bulb replacement isn’t difficult and shouldn’t take you more than forty-five minutes to an hour to complete. Be aware that newer models may be a little more complicated than older ones, as there will be more wires to disconnect.

We hope you find the 2018-2022 Buick Enclave Tail Light Replacement guide helpful. Check these troubleshooting and repair guides for more help on your Buick.