This past week we fixed fault code P1402 on a Mercedes-Benz with a diesel engine. We wanted to share the solution because this problem seems to affect many Mercedes-Benz Sprinter, E, GL, ML, and R Class models with diesel engines. 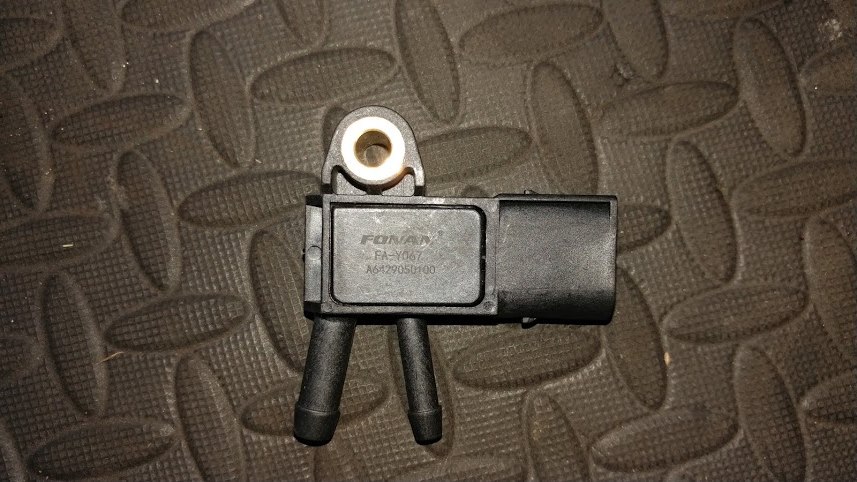 This is a list of the symptoms that the owner was experiencing.

After diagnosing the car with a Professional OBD-II scanner, we found the following code.

In addition to the check engine light, you will notice that your Mercedes struggles to accelerate. This is because the boost is turned off, and you are driving without the turbo’s help. Also, the ECU restricts maximum RPMs.

The car still changes gears but is very slow to accelerate, which can be dangerous. Similarly, this is not the same as the limp home mode where the vehicle gets stuck in second gear. Replacing the DPF sensor will fix the P1402 and slow acceleration problem in most cases. The DPF sensor is located near the particle filter right above the transfer case. It can be accessed from under the vehicle.

How to replace Mercedes-Benz DPF sensor? 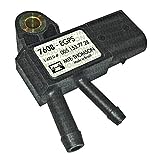 Once the new sensor is installed, clear the codes and test drive the vehicle. Engine power should be back to normal range. If the problem persists, check for a damaged wiring harness and also check the connector.

This problem affects multiple Mercedes-Benz vehicles with the diesel engine. Below is a list of possible applications.

Check with your Mercedes dealer to verify the part number. 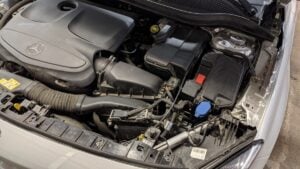 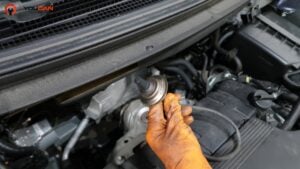