Are you in the market for a 1999-2005 first-generation BMW X5 and want to learn more about it before buying? If so, you are right, as we will explore what this capable SUV offers. We will also go through the most common flaws and issues of this E53 model, helping you avoid buying a lemon.

Introduced in 1999, the new X5 was a true refreshment, offering several unique features in this segment. BMW X5 had an independent suspension and computer-controlled 4×4 system, which gave it car-like handling and decent off-road capabilities. In addition, a spacious and well-equipped interior ensures that even the longest journeys remain comfortable and relaxed.

BMWs’ usual practice, the X5, received a mid-Life Cycle Impulse (LCI) in 2003, which gave it a more sleek appearance.

Several engine options were available, starting with a straight-six gasoline 3-liter unit with an M54 codename. A step up in the power department was the V8 gasoline engine, which came in two variants.

Early models used an older M62 engine, while later ones had a more modern N62 variant. Models that used an efficient and durable M57 straight-six diesel engine were top-rated in European and other markets. There were also two unique IS variants, which used more powerful versions of V8 engines.

All models had an automatic transmission standard, while there was an optional manual gearbox for six-cylinder engines. Regardless of engine and transmission choice, all vehicles had the same full-time 4×4 system. Older vehicles had a permanent torque delivery ratio between the front and rear axle, while post (LCI) models used an X-drive system.

It can continuously vary power delivery between the front and rear axle, increasing traction and improving stability.

Six-cylinder gasoline engines (M54) are very reliable, although most may develop a habit of oil consumption at some point.

The most common reason is a unique oil separator within the crankcase ventilation system. This device removes the oil droplets from crankcase fumes and prevents them from going into the intake.

Over time, this separator may become less efficient, which increases oil consumption and causes clouds of smoke to come from the exhaust.

The V8 engine (M62) in older E53 vehicles is one of the finest examples of German engineering and has only a few flaws. A dirty MAF or fouled O2 sensor will cause running issues, triggering a check engine light. In addition, replacing a timing chain at the first sign of trouble is a must due to its length and engine configuration. And oil leaks may cause headaches, as tracking them down can be difficult.

Newer V8 engines (N62) are not too demanding despite their complexity and the range of sensitive systems they use. Still, this engine can also have extreme oil consumption, and two things can cause it.  First is the oil separator, much like the M54 engine, although its shape is entirely different. Another likely cause is valve stem seals, which may wear out and allow oil to enter combustion chambers.  Replacing them is not easy, thanks to a delicate Valvetronic system these engines have inside their cylinder heads.

Diesel engines are available in several variants and power outputs, but they all share the same structure under an M57 designation. These well-proven and reliable engines are built to last and have no serious weak spots.

The only thing owners have to focus on is changing the fuel filter regularly and using high-quality diesel. In addition, these engines have robust fuel injectors and turbochargers, but these should be renewed if they show any signs of wear.

The E53 was among the first vehicles in its class to have a multi-link rear suspension, ensuring superb ride quality. However, this suspension setup also adds to the complexity, and the bushings in place are usually the first to go.

Excessive play will affect how the vehicle behaves while cornering, making it less stable and precise. Still, replacing them is not a difficult job, and there are upgrade kits that may make them more durable.

Upper-trim models have an air-ride suspension as an option, which uses rubber bellows filled with air instead of steel coils. This gives a smoother suspension response and allows the driver to adjust the ride height according to road conditions.

However, dirt and small rocks may form buildups between rubber bellows, connecting steel components, and rupturing them. Washing the car with a suspension in a raised position regularly may prevent this from happening.

Unlike most similar vehicles, both versions of the 4×4 systems this generation of X5 uses are reliable.  The only notable weak spot is the transfer case, which sends the power from the engine to the front wheels. These can break in some extreme situations, such as driving very aggressively on harsh and demanding terrains. However, this only affects vehicles with manual transmissions, as automatics can smooth out erratic driver inputs.

Many X5 models had a sunroof, whose size and complexity can cause several issues if owners neglect them. Mechanisms operating the sunroof require regular cleaning and lubrication; otherwise, they may jam and bend out of shape. Another potential issue is rubber seals around the sunroof, which wear out and rain into the cabin. When checking the sunroof, buyers should ensure it moves smoothly and that there are no stains on the surrounding upholstery.

We would choose between older E53s with V8 engines or LCI models with gasoline six-cylinder units with everything considered. Both engines are highly reliable and easy to work on, which is an essential key upside on older vehicles. This gives them an edge over newer V8 engines and those from IS models, which are more complex. Diesel engines are a suitable alternative for drivers aiming at fuel economy and who don’t mind rougher engine sound.

We hope you find the BMW X5 (E53) 1st Gen – Common Problems 1999-2006 guide helpful. Check these troubleshooting and repair guides for more help on your BMW. 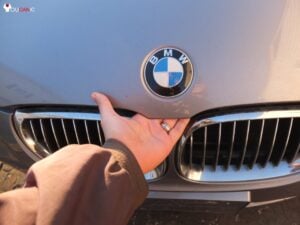 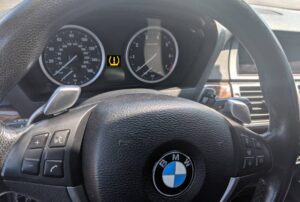