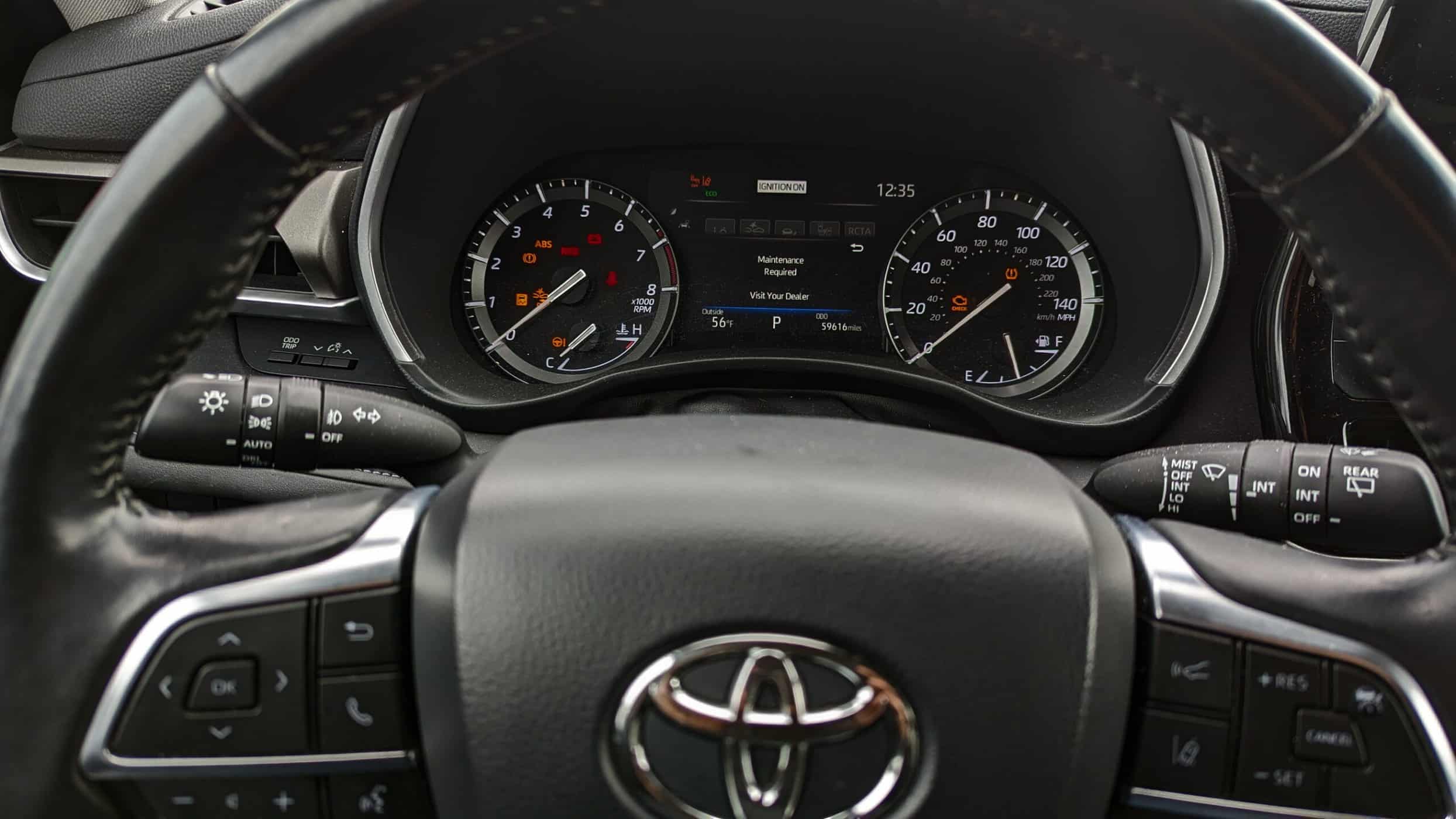 Do you have an SRS airbag system malfunction message on the dashboard of your Toyota? The SRS here stands for Supplemental Restraint System, which is a safety feature that combines the function of airbags and seat belt pre-tensioners. With the SRS warning light on, neither of these life-saving devices will deploy in case of a crash. As this significantly increases the risk of an injury, you should take immediate action if the airbag warning light comes on.

Toyota SRS airbag system is complex, and figuring out what is causing the problem may not be that straightforward unless you have a scanner that can read the airbag codes. So, to make this easier for you, we will go through the most common issues that trigger the SRS light. In addition, we will find out how to get rid of this warning light once the faulty component has been replaced.

The most common reasons why Toyota airbag lights comes on include the following:

How to reset the Toyota airbag warning light

Because of its complexity, troubleshooting any issues with the SRS airbag system will require a diagnostic tool. Access to stored trouble codes will make finding the faulty component much easier. Furthermore, this device will allow you to quickly reset the airbag light once the issue has been resolved.

The YOUCANIC Full System Scanner can read and clear fault codes through every vehicle’s control module, including the airbag module.

Can I drive my Toyota with an airbag light on?

In most cases, airbags and seat belt pre-tensioners will be out of action when the SRS warning light is on. This means that you and your passengers will be less protected should a crash occur. Now, you may think that driving more carefully could sufficiently lessen this risk, as it reduces the chances of an accident. Keep in mind that other vehicles can still crash into your car.

Are Seat Belt Emulators safe to use in my Toyota?

An SRS light caused by passenger seat occupant sensors is a common issue, especially in older vehicles. While the sensor mat is not expensive, replacing it can be difficult. That is why some owners choose to install a passenger seat bypass. Although it will reinstate SRS’s function and turn off the airbag light, this trick also has one severe downside. With it, the passenger seat appears as occupied all the time. As a result, the passenger airbag in your Toyota would deploy, even with a child sitting in this spot.

What are the common causes of an Airbag Light to come on?

Your Toyota has several devices, including airbags and seat belt tensioners, that increase the protection level in a crash. All these components are a part of a safety feature called supplemental restraint system, or SRS. Failure with any of them will trigger the system SRS malfunction message or an airbag warning light.