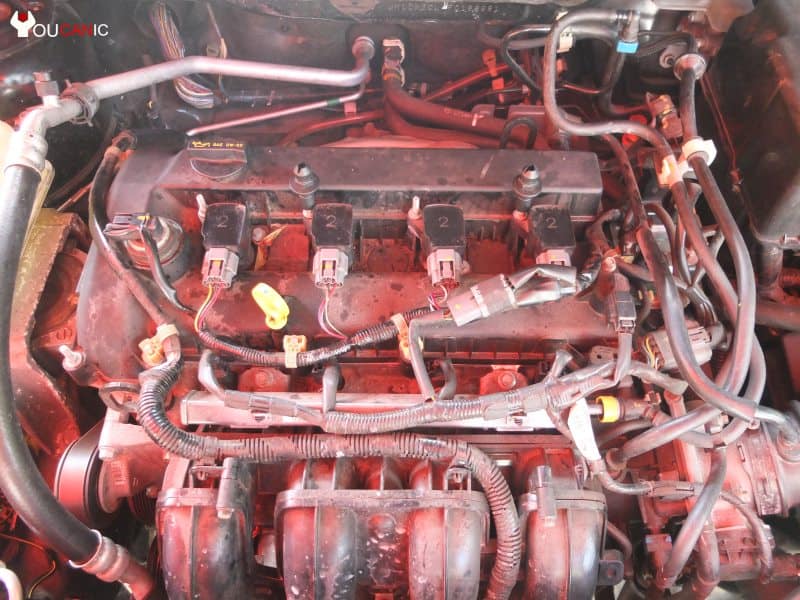 These guidelines were written for Mazda vehicles with four-cylinder engines and apply primarily to Mazda 3, 5, 6, CX5, CX7 CX9 with the inline-four engine.

Follow these instructions to replace the ignition coil on four-cylinder Mazda vehicles.

Do not switch the ignition coil connectors.

Your Mazda has four ignition coils. One per spark plug. Replacing ignition coils on the 4-cylinder Mazda engine is a straightforward procedure.

We hope you find the Mazda 5 Replace Ignition Coils guide helpful. Check these troubleshooting and repair guides for more help on your Mazda.

How much does it cost to change Mazda ignition coils?

Can I change only one ignition coil on a Mazda?

Yes, if only one of the ignition coils has failed, you can replace only one coil. Most mechanics and dealerships don’t recommend replacing only one coil for several reasons. If one failed, another one might fail soon. Also, to avoid any performance issues, it is recommended to change all four. If you are on a tight budget, at a minimum, replace the one bad coil.

How often should I change the ignition coil on a Mazda?