Mercedes-Benz (and Dodge) Sprinter vans can last over 200,000, but before you reach that milestone, you may experience a few problems. The common problems with the Mercedes-Benz Sprinter vans include clogged DPF filter, AdBlue heater element failure, and transmission issues.

DEF heater failure is a common problem that affects most 2010 and newer Mercedes-Benz Sprinters. The AdBlue tank has a heater to keep the DEF from freezing. The heater element burns out, which causes the check engine light to come on and limp mode.
This may not be a problem in the summer, but it will allow DEF to freeze in colder climates and winter. If ignored, it will lead to an active start countdown being initiated.

For help with this problem, follow our guide on how to replace the Mercedes-Benz Sprinter AdBlue heater.

This is a common problem for the 2007 or the 906 chassis with the V6 OM642 diesel engine. This is part of the catalytic converter in the 2007, 2008, and 2009 model years. On the 2010 and newer models, this is part of the Diesel Particular Filter. Exhaust leaks from the flex pipe can melt wiring nearby, causing the engine to shut off, not restart, and start the counter.

No Start Count Down. 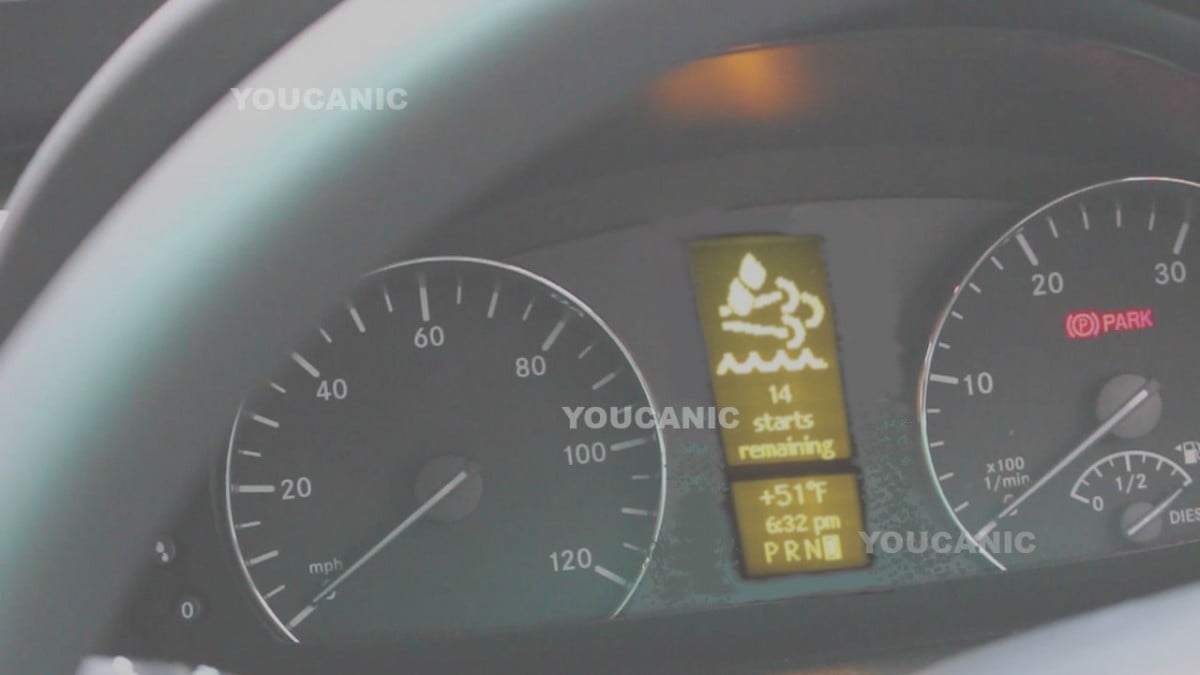 Sprinter vans 2010 model and above with “Bluetec” will start counting down remaining start cycles if any of these conditions are met:   if there is an issue with the DEF Adblue system. If DEF level is not monitored and runs out, or Nox sensors failure or any other components failure related to DEF/Adblue system fail. Once the countdown is started, it is strongly advised to get your sprinter diagnosed before it gets to the last few remaining start cycles.

Sprinter’s Diesel Particular Filter (DPF) captures soot from the exhaust, so you do not see black smoke puffing out of the exhaust. DPF accumulates soot until it reaches a level to do what is known as regeneration.
During regeneration, the ECU causes the DPF to reach a very high temperature of around 1,200F, incinerating the soot. Keep in mind that ash will build up inside the DPF and not be burned out if incorrect engine oil is used.

The DPF can clog up and restrict exhaust flow. If ash content is too high, one option is to force DPF regeneration with SDS Start Scanner manually. If manual regeneration fails, the only option is to replace the DPF.

Problems that can prevent DPF regeneration include:

If not corrected, the exhaust will have severe restrictions. The van will lose power as it clogs up further.

A Limp Mode is a safety feature in Sprinter that protects the engine from damage. It may be activated if you push the engine too hard to the limit. When MIL illuminates or Check Engine Light is flashing on your dashboard, that indicates Limp Mode.

It tries to lower engine power to prevent further damage to affected components. The onboard computer or ECU would switch the turbo off to reduce power, forcing the owner to get the van to the Sprinter shop and have it serviced. Limp mode is generally caused by faulty EGR, faulty oxygen sensor, swirl flap motor, intercooler hoses leaking, actuator, resonator, etc.

Sprinter oil cooler leaks are common on the 2007-present models with the OM642 V6 engine. The oil cooler seals are where most engine oil leaks occur.

Mercedes has updated the seals to much better material made from Viton, which increases their life. Because it’s difficult to reach the location, the oil cooler is expensive to repair. The turbocharger, intake manifold & more have to be removed to gain access to it.

An additional typical problem is usually called “black death. “ The copper seal ring, located middle of the injector and cylinder head, deteriorates and makes it possible for combustion gasses to escape. As a result,  black tar and coal-like black material would accumulate over fuel injectors.

The replacement or removal of injectors mostly causes it if new ones do not replace copper seals or if seals are incorrectly installed. This allows the combustion gasses to leak over time. Depending on the seriousness, you might smell an unusual exhaust/fuel odor when the engine runs and even hear it puff.

Depending upon the seriousness, it can need tons of time to break down and loosen up this “black death” build-up accumulation and secure injector to change the seal. Sometimes the injector and cylinder head must be removed to obliterate the tar.

Noise from the Torque Converter

This “Rumble” Torque converter noise can result from a few things, which include wrong transmission fluid oil or lack of fluid level, etc., but the most expensive fault is when the lock-up clutch of the Torque Converter wears out.

Are our Sprinter vans expensive to maintain?

What is a Glowplug?

How many miles will a Mercedes Sprinter last?

We hope you find the Most Common Mercedes-Benz Sprinter Problems guide helpful. Check these troubleshooting and repair guides for more help on your Mercedes-Benz. 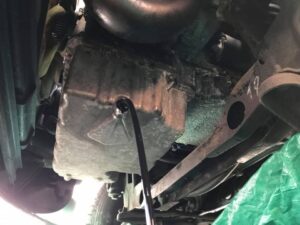 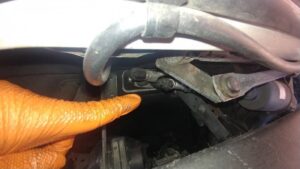 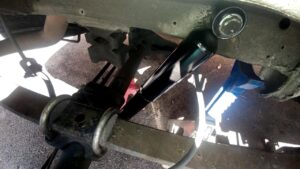