Let's dive into the most common problems with BMW cars.

One of BMW cars' most common problems is the SRS light coming on and restraint system failure.

You will see a warning on the iDrive display, stating a fault in the restraint system. One of the most common problems BMW owners experience is the check engine light comes on. You don't need to panic, at least not until you read the fault codes. The reason can be as simple as a bad fuel cap or a transmission stuck in limp mode.

Don't guess about the possible problem if your check engine light is on. Grab an OBD-II scanner and plug it into the port found right under the dashboard. It's on the left side near the hood release.

Once you get a fault code such as P0300, research that code online to understand better what is wrong with the car; even if you don't plan to fix your BMW yourself, understanding those codes can help you save money. BMW uses plastic fittings on various components of the cooling system. BMW even uses plastic and electric water pump that are prone to failure. As the BMW ages, these plastic pieces become brittle and fail.

The good news is that aftermarket parts are available for any BMW and typically cost much less than the OEM parts. While not necessarily an issue on newer BMWs, if you have a five-year-old or older BMW, lookout for oil leaks.

The most common leak we see is from the valve covers. Oil leaks can also develop at the transmsion and the differential seals. In the early 2000s, BMW introduced the battery safety terminal sensor or also known as the BST. The BST is designed to disconnect positive cable if the BMW gets involved in an accident. This design reduces the risk of a fire in case of an accident.

BST's problem is that it will disconnect the battery during minor impacts, such as hitting a curb. This can prevent a BMW from starting because the alternator and starter get disconnected at the battery positive terminal.

This BMW problem will trigger the BMW airbag light, requiring a BMW specific scanner to clear the codes.

It used to cost over $500 to fix the BMW BST sensor. Fortunately for BMW owners Battery Safety Terminal Kit (eBay link) can be used to fix this problem. The hood supports on BMWs often fail. This is a problem with older BMW. Usually over 8-year-old cars.

Replacing the hood supports is easy and takes about 15 minutes. We have published a guide on how to replace the hood strut on BMW vehicles. While the BMW seats hold quite well, the buttons for the windows and control tend to wear too early on BMW. This is a common problem on many BMW vehicles, including 3-Series and 5-Series.

This is a superficial problem, so let's move on to some real BMW problems. The variable valve timing system often referred to as VANOS, can cause the famous engine rattle noises. A common problem with BMW engines is the VANOS rattle. Usually, this is described as marbles in a tin can.

VANOS varies the timing of the valves by modifying the position of the camshafts. VANOS rattle is an engine noise that is most noticeable at higher RPMs. At idle, the engine sounds normal. Rev up the RPMs, and you start to hear the noise.

The noise is not that loud in the early stages, but eventually, the noise gets worse with more engine wear. Replacing the VANOS isn't as expensive as it sounds especially if you plan to work yourself.

The repair can vary between $400 - $650 at most BMW mechanic shops or under $150 if you can tackle the job yourself. It can take anywhere from two to four hours to replace BMW VANOS. You will need a BMW VANOS kit and a few essential tools.

The instrument cluster pixels may not display correctly, or they can fail. This problem is caused by a faulty LCD or ribbons that connect the LCD to the circuit board.

You may also notice the odometer screen pulsating or going off. You don't need to buy a new cluster or climate control module to fix this problem, as third-party services will fix your existing BMW cluster.

At the BMW dealership, you will spend over $800 for a new cluster. A third-party repair service runs about $100-$150 and should last you at least five more years or more. Another common problem with BMW cars is door locks that stop working. If you are in the market to buy a used BMW, this should be very easy for you to check.

Stay 10 feet from the BMW and press the lock/unlock button. Do all the doors lock and unlock? BMW is famous for its problems with the window regulators. The regulator plastic clips break, and the windows fail to move up and down.

At first, the window may move very slow, but eventually, the regulator or the window motor will fail. This isn't a costly fix if you have some necessary DIY skills.

Having the dealer fix your BMW window regulator can cost you over $400, but the DIY cost is typically under $100. But what often goes unnoticed is that the BMW thermostat may also fail in the open position. When this does happen, the engine takes a long time to warm up. So pay attention to the temperature gauge.

If you have to replace the thermostat and your BMW has over 100k miles and an original water pump, you should consider replacing both of these items simultaneously. The thermostat itself is an inexpensive part and can be purchased online. The lifters may wear prematurely due to the quality of the oil or a lot of short trips. During short trips, the BMW engine doesn't get enough time to warm up to the average operating temperature.

If you hear a loud clank, clank, clank noise when the engine starts up or when it is idling, then you shouldn't assume this is a lifter noise but see a mechanic diagnose your BMW accurately. While ignition coils should last well over 100k miles, we often see BMW with bad ignition coils with as early as 60,000 miles. We just fixed a BMW 5-series E60 with a failed coil. When one of the ignition coils fails, the check engine light turns on, and the engine will start to misfire.

You will notice hesitation and engine shaking or vibrations. In our case, we also noticed that the catalytic converter was glowing red due to unburned fuel going into the exhaust. Coils are very easy to replace, and you can definitively do this repair yourself if you the type of person who doesn't mind getting your hands dirty. These problems vary depending on the BMW model. If you plan to buy a BMW, make sure you have a repair shop in your area specializing in BMW repairs. The blower motor for the A/C fails. Your climate control buttons no longer control the blower fan. There is no air coming out of the vents.

Unfortunately, you will see a lot of BMW where the blower fan motor fails. Note that another reason why the blower fan may stop working is due to a defective blower fan resistor. Consider replacing them both simultaneously to avoid having to do the same repair in the future.

To replace the blower fan motor and resistor yourself, you will need to spend between $150- $300 in parts. Definitively a job that you can do on your own.

The blower fan is behind the glove box. The main drawback is that there isn't much room to allow your hands to move freely. BMW cars have a fantastic sound system. Until the iDrive fails. The common problem is that the BMW iDrive keeps rebooting.

At the BMW dealership, this repair costs upwards of $1000. To fix this problem requires that the iDrive be removed and replaced in most cases even though a software update may fix specific issues.

If you have this problem, consider getting a used iDrive or repaired. It is a lot cheaper than getting a new CCC iDrive from the dealer. You can install a used BMW CCC iDrive, but keep in mind it will need to be programmed.

We hope that you found this article on common problems with BMW cars helpful.  This is only a list of common issues that we see on BMW cars. Make sure to research the common problems for each particular BMW model.

The good news is that most of the typical BMW problems we list in this article can be fixed by you, right on your driveway. If you are looking to buy a used BMW, make you are familiar with the common problems for that model and ensure the vehicle has a good service history.

After you review this list, don't be discouraged from buying a used BMW. These cars can be reliable and fun to drive and own, exceptionally when adequately maintained.

Not all BMWs are affected by these problems.

Thank you very much.Am from Zambia thinking of buying a 2003 bmw 316i 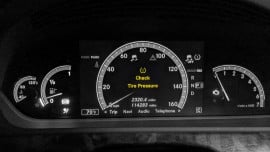 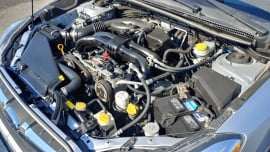 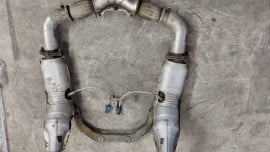