We often get asked: “Where Is Oxygen Bank 1 Sensor 2 located?” Bank 1 Sensor 2 is the second sensor on the exhaust pipe, located downstream behind the catalytic converter.

Finding bank 1 sensor 2 can be confusing. To help you identify bank 1 sensor 2 on practically any vehicle, we share pictures of various makes and models and answer some of the most common questions.

A bad Bank 1 Sensor 2 oxygen sensor (O2) will trigger the check engine light and be replaced to pass the smog/emission test in most states. 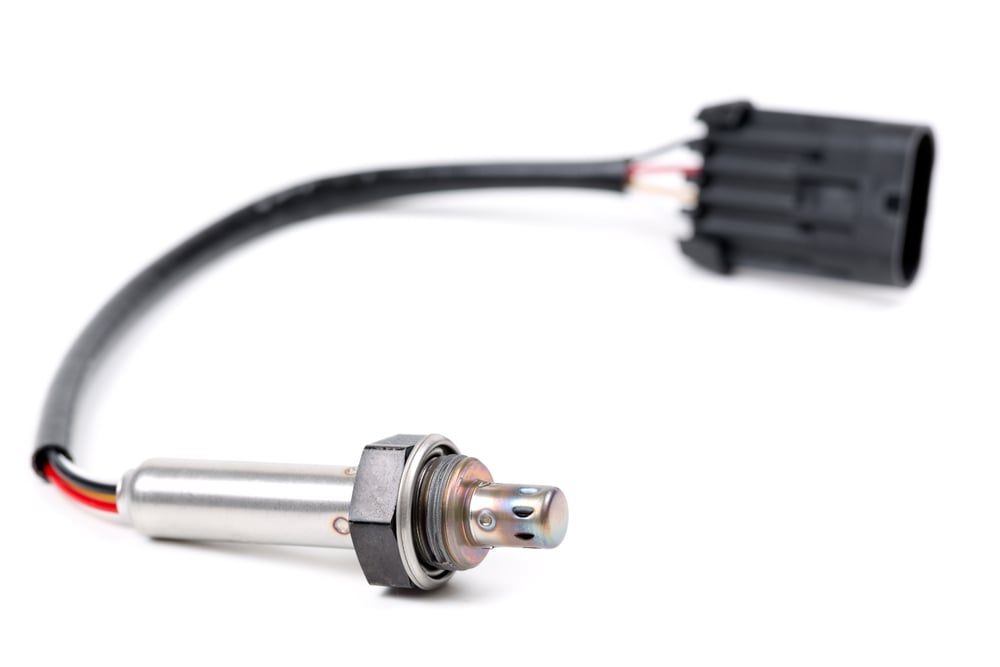 What does bank 1 sensor 2 mean?

Bank 1, Sensor 2 is the downstream oxygen sensor in the exhaust behind the catalytic converter. The engine bank that contains cylinder 1 is called Bank 1.

V6 and V8 engines have two banks and two catalytic converters, one for each bank. In such cases, the bank that contains cylinder number one is called “Bank 1.”

Where is bank 1 sensor 2 located?

Bank 1 Sensor 2 refers to the oxygen sensor mounted after the catalytic converter.  You will need to access and replace the bank 1 sensor 2 oxygen sensor from under the vehicle in most cars.

You see the oxygen sensor from the top of the engine which is mounted before the catalytic converter is bank 1 sensor 1.

How many O2 sensors are there?

After discovering the bank numbers, it is time to analyze the oxygen sensors on the exhaust side. Most four-cylinder modern engines use a setup with two sensors, which increases efficiency and helps them comply with emission standards.

The first one is located between the engine and catalytic converter, and we call it sensor 1 or an upstream sensor. It measures raw exhaust fumes’ composition, and the ECU uses this data to adjust the air-fuel mixture.

A potential failure of this sensor will impact engine operation and overall performance.

The second sensor is installed behind the catalytic converter, which we call sensor 2 or a downstream sensor.

Just like its upstream counterpart, it measures the composition of exhaust gases. The major difference is that data that helps ECU determine if the catalytic converter is working properly. In theory, there should be no noticeable impact on engine performance if this sensor fails.

However, most modern engines incorporate a specific testing interval during which they run rich or lean for a short time. This procedure assesses the condition of oxygen sensors and catalytic converters by monitoring their reactions. False or implausible readings from any sensors may cause rough running or hesitation when speeding up.

Is Bank 1 Sensor 2 upstream or downstream?

What is the difference between O2 Bank 1 Sensor 2 and Bank 2 Sensor 2?

The only difference between these two sensors is their location. They are behind the catalytic converter, but each on their side of the engine and exhaust.

What are the symptoms of bad Bank 1 Sensor 2?

The most common sign of a bad Bank 1 Sensor 2 is the check engine light coming on. You must read the fault codes with an OBD2 scanner. Typical fault codes that come up are:

What is Bank 1 Sensor 2 voltage?

Being behind the catalytic converter, sensor 2 should give steadier readings. On idle or while cruising at a constant speed, this should be around 0.45 volts.

Is it hard to change Bank 1 Sensor 2?

No, replacing bank 1 sensor 2 is not difficult if you have the right tools. You will need a car jack, jack stands, oxygen sensor socket, and penetrating oil, as O2 sensors tend to rust.

What does Bank 1 Sensor 2 no activity mean?

If there is no voltage from the downstream oxygen sensor, the ECU will assume there is an issue. The same will happen if the sensor fails to react during the rich or lean testing period. In both cases, it will trigger a check engine light, and there will be a corresponding stored code.

Is Bank 1 Sensor 2 before or after the catalytic converter?

Every sensor 2, or downstream sensor as many call it, is always after the catalytic converter.

Where do I find Bank 1 Sensor 2 fuse location?

In most cars, this fuse is inside the relay box within the engine bay area.

What is an engine bank?

Look under the hood of most cars today, and you will find that most engines come in two different configurations.

In-line engines have all cylinders in a row, with one cylinder head and intake and exhaust components. Although the number of pistons can vary from 4 to 12, four-cylinder units are the most common.

The upside of this configuration is simplicity, thanks to fewer parts and fewer potential failure points. However, more powerful cars usually have an engine that uses a V-shaped configuration, with cylinders ranging from 6 to 12.

These have two cylinder heads on each side of the engine, with separate intakes and exhausts. While this makes them more compact, the added complexity can make maintenance more difficult and expensive.

All car manufacturers refer to engine sides as banks, giving each of them a corresponding number. The situation is quite simple with most in-line variants, as the whole engine is one bank. Knowing the right designation is much more important when dealing with engines in a V-configuration.

Here, one side of the engine is Bank 1, while the other is bank 2. Although most manufacturers use similar logic when naming the banks in their engines, there is no universal rule. To avoid mistakes and unnecessary repairs, ensure you have the correct information for your car.

Service manuals, authorized dealers, or reputable internet pages are some options. You can also look for marking on the valve covers or ignition cables to determine the cylinder pattern. The cylinder labeled as number 1 will always be on bank 1, while bank 2 will hold cylinder number 2.

Why do oxygen sensors fail?

Before getting to potential failure points, we must first make a brief explanation of how an oxygen sensor works. Despite their different positions and tasks, all oxygen sensors operate on a similar and simple principle. Each sensor’s core is a probe with a special sensing element inside it.

As the exhaust gasses pass by it, the difference in oxygen levels between it and outside air creates a certain voltage. These values range from near zero to almost 1 volt, depending on the driving conditions. With both engine and catalytic converter warmed up to running temperatures, downstream sensors should show values around 0,45 volts.

You can check these values with a diagnostic tool with a live data feature or a multimeter. Most modern oxygen sensors have a heating element, which helps achieve running conditions faster.

One of the most common causes of oxygen sensor failure is dirt and soot build-up on the probe itself. These deposits can prevent the flow through the probe and cause incorrect readings.

Cleaning them off with a special solution is a stop-gap measure, and replacing the sensor is the only reliable solution. It is also possible for the heater to burn out and cause a corresponding fuse to blow out. Other possible issues include things usual for all sensors, ranging from damaged wiring to corroded or loose connectors.

Checking their condition before blaming the sensor itself is a step that may prevent unwanted expenses and future problems.

Let’s try to summarize all this in a few short words. All in-line engines have only one bank, although there are some exceptions regarding exhaust. V-shaped engines have two banks, and one with cylinder 1 is called bank 1.

We hope you find the Oxygen Bank 1 Sensor 2 guide helpful. Check these troubleshooting and repair guides for more help on your vehicle.