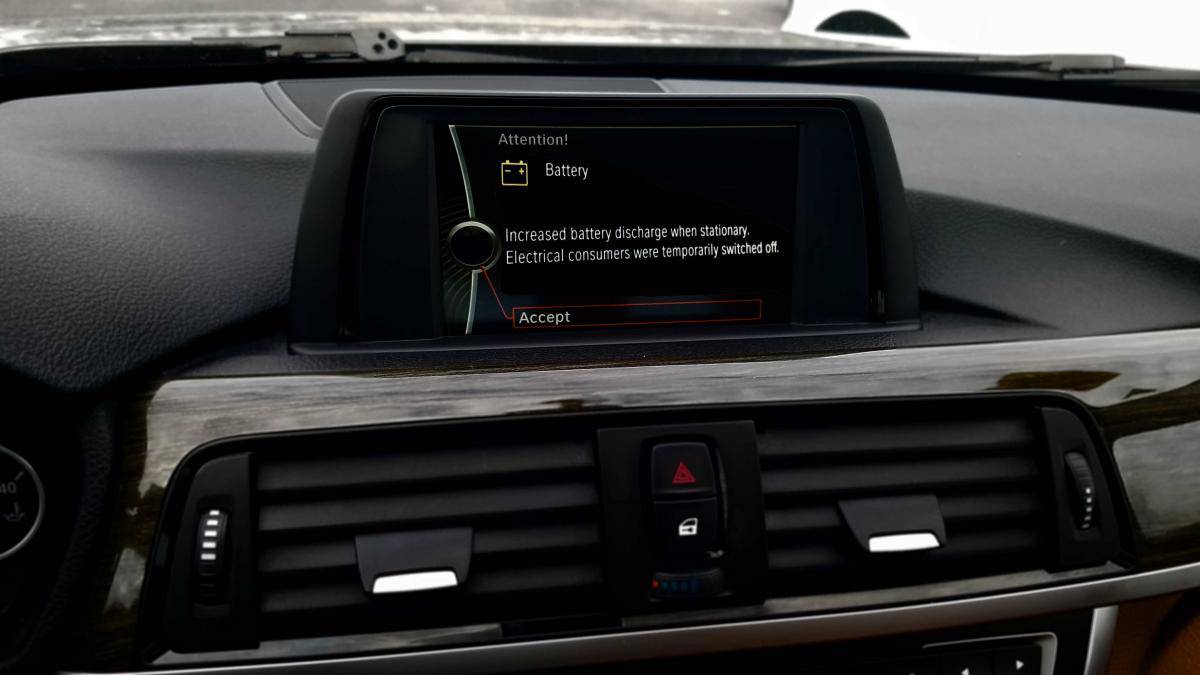 An increased battery discharge message on a BMW comes up to warn the driver that the car battery is low or getting discharged quicker than it can be charged by the alternator.

Remove the phone charger from the cigarette outlet, turn off unnecessary accessories such as the seat heaters sound system, defrost and keep the engine running until the message disappears.

It may take five to thirty minutes for the battery to charge and the message to reset. This warning usually appears when you start your BMW in the morning, especially during freezing weather, but you may also get it when you stop at a red light.

Suppose you see this error message on your dashboard. Some electronic consumers (such as heated seats, power features, blower fans, door locks, interior lights, comfort access, etc.) may automatically be switched off to conserve the battery.

Please do not worry if the windows, mirrors, seats, sunroof, etc., stop working. It doesn’t mean there is something wrong with these systems. Your BMW is trying to charge the main battery quickly. Normal operation should return once the increased battery disappears.

The error message may vary between BMW models. Here are some symptoms of the most common errors:

Stock BMW batteries typically last around four to six years. If your battery doesn’t hold a charge, you can get the increased battery discharge warning at startup or while driving. If the battery is failing, you typically get several warnings.

Look at the low beam lights or the running lights (engine must be off, ignition on), and determine if they look dim. If they are slightly dim or the car struggles to start, the battery may be the culprit. It is not uncommon for a BMW battery to fail even for two years due to a bad cell.

Other possibilities include the battery getting drained overnight or the battery isn’t getting charged properly. If your BMW keeps dying when parked, make sure that the smart key is not too close to the car.

For example, if the car is parked in the garage and the key is too close, it keeps the system awake. The car will start fine in the early stages, but your BMW may struggle to start over time. If your battery is over seven years old, it is a wise investment to change it.

A faulty IBS sensor could be the culprit. IBS sensor is installed on the negative battery terminal. When it fails, it starts to drain the battery when the vehicle is parked. To check if the IBS sensor is the culprit, check for a parasitic current draw with a digital multimeter.

A poor battery cable connection can also cause an “increased battery discharge” warning message. Check the battery terminals to ensure they are not loose, especially if you get this error message after replacing the battery.

If your BMW is mainly parked or you use your BMW for short trips, you will not give your battery time to get charged.

If that is the case, you may want to connect a 12-volt smart trickle charger overnight to the battery or take your car on longer trips (at least 30 min drives) once a week. You don’t need to drive on the highway to allow the battery to charge; city driving works.

An electronic device or a high-power charger plugged into the cigarette outlet may drain enough power to trigger this error message. Ensure you unplug any phone chargers or GPS units from the 12-volt cigarette outlet. Don’t forget to check the rear outlet if you have one.

During cold temperatures, battery performance drops. On top of that, you are more likely to turn on several consumers, such as heated seats, defrost, wipers, etc. If you have an old car battery on your BMW, there is a high chance you will get an increased high battery discharge error.

First, ensure you don’t have devices plugged into the 12-volt outlets. For example, unplug all phone chargers, GPS charging cables, or any other device. Next, check the age of the battery and replace it if it is older than five years. If the battery was recently replaced or is relatively new, make sure the BMW battery is coded properly.

Fully charge the battery either by using a battery charger or driving your BMW for at least 30 minutes. If the error message comes up again, it is time to perform further troubleshooting. The second test you can perform is to measure the battery voltage. Ideally, you want to use a car battery analyzer, but you can use a digital multimeter.

Another thing to check is to verify that your BMW goes to sleep once it is parked. Once the BMW is parked and turned off, most systems stay powered for another five to twenty minutes. Then most systems will go to “sleep” or turn off. If one of the systems never turns off, it can slowly drain the battery.

Car batteries sit on the shelves of auto part stores for months, where they can slowly discharge. Another problem that can cause the warning message to come on even though the battery is new is that the battery terminals are either corroded or are not on tight enough. Tighten the clamps on the battery posts using a 10mm wrench.

We hope you find the BMW Increased Battery Discharge guide helpful. Check these troubleshooting and repair guides for more help on your BMW. 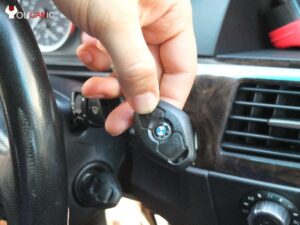 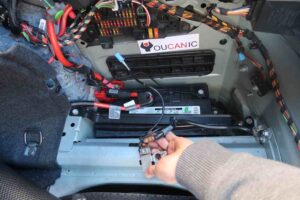 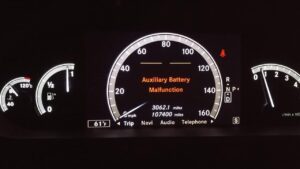